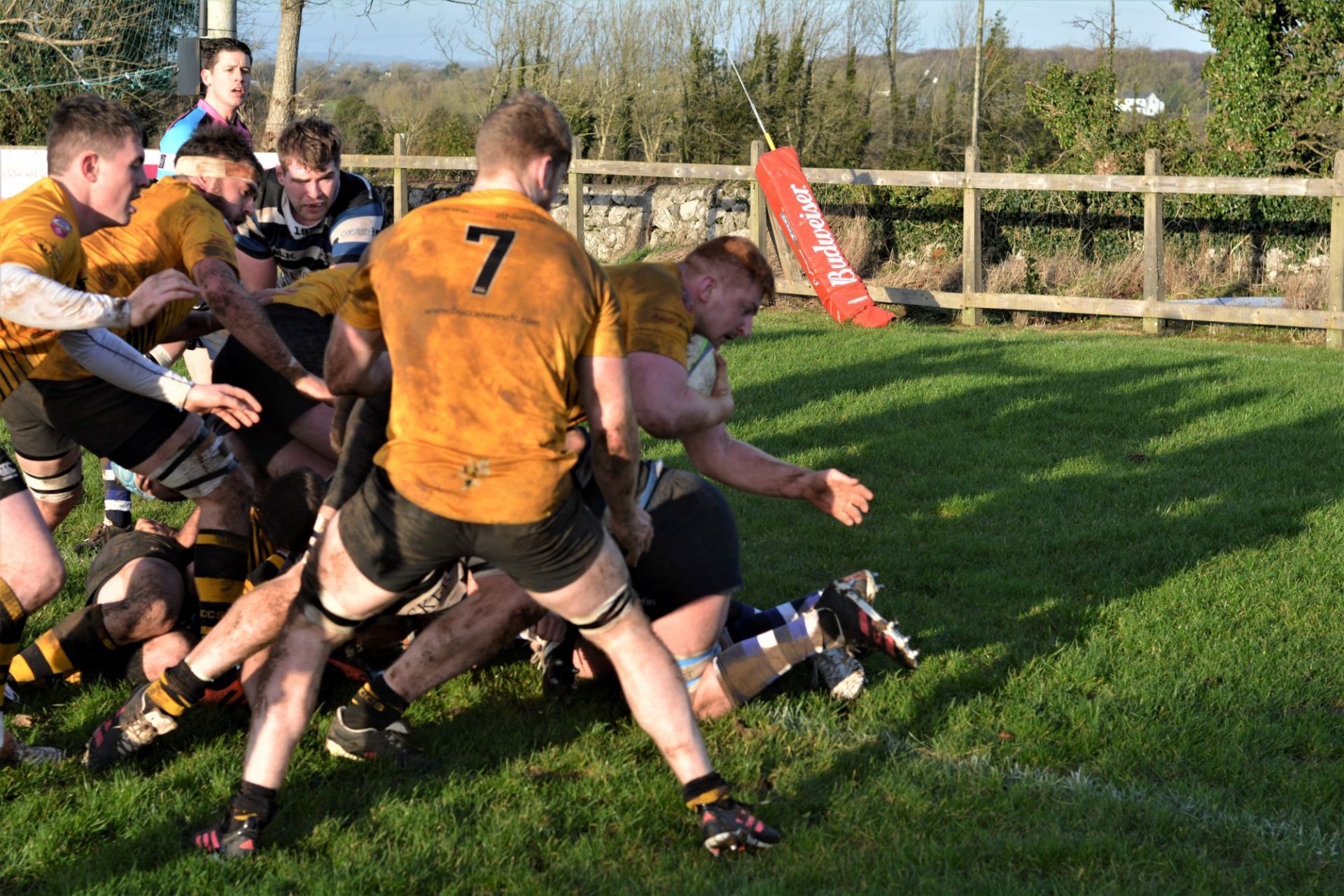 BUCCANEERS overcame a potentially tricky Connacht Senior Cup hurdle when they recorded a clearcut 31-7 victory over Galway Corinthians at Corinthian Park on Saturday. The Tribesmen had been on a free-scoring winning run of late in the All-Ireland League and the Pirates were wary ahead of their raid west. But Buccs dominated from the start, building up a 24-0 half-time lead and then displayed resilience and pragmatism to protect their advantage after the change of ends.

Both teams were depleted for various reasons but, nevertheless, the midlanders will be fairly satisfied with the performance of their squad on a bitterly cold, windy afternoon. The visitors had the sun and diagonal breeze to their backs in the opening half and made the most of the elements on a heavy sod in front a scattering of spectators for this quarter-final contest. Buccs had 25 points to spare over the hosts when the teams met in the Connacht League earlier this season but it was felt that this would be a close contest. However, the Athlone side signalled their intent from the kick-off and scored an excellent try within 3 minutes. Following a penalty punted to the left, Buccs spun the ball smartly from left to right and Ruaidhri Fallon’s pass sent Ross Murphy-Sweeney scampering away for an unconverted try in the right corner.

The Pirates pack then shoved Corinthians off their own put-in at a scrum near the home ten metre line and enterprising handling saw the ball moved from left to right again before Shane Layden switched direction and made serious yardage before being hauled down. His forwards were swiftly up in support and Evan Galvin applied the finishing touch for a try converted by Stephen Mannion for a 12-0 lead inside the opening 17 minutes.

Buccs notched their third try 9 minutes later. A smart lineout move was followed by a strong carry by Darren Browne that brought the midlanders close to the home line where his fellow forwards arrived quickly and, after some patient probing, Fergus Galvin dived over for another unconverted try in the right corner. A clever diagonal kick on the half-hour by Fallon put pressure on Corinthians and Ross Doogan’s deliberate knock-on earned the home centre ten minutes in the sin bin. Buccaneers opted for a scrum in front of the posts and, following a nudge forward, the ball was spread to the left where Layden delivered a try-scoring pass to Harry Hughes. Mannion added an excellent touchline conversion to this 33rd minute try for a 24-0 lead. A fifth try looked likely just before the interval but Cian Breathnach made a vital steal and followed that up with a fine break that gave Corinthians a rare position close to the visitors’ line where Buccs held them out.

With the slope and the strengthening breeze behind them, Corinthians made a promising start to the second half. A series of penalties got them a foothold inside the Buccs 22 but the Pirates defence, despite losing the influential Mannion to injury after 42 minutes, remained steadfast. When Buccaneers lost possession while advantage was being played Corinthians got in for a 53rd minute try converted by David Keane. It would have been debateable had the game been closer. A lesson to be learned here by Buccs, nevertheless, in that you should always play the whistle!

Much of the final quarter was contested in midfield as Corinthians were rarely able to threaten a disciplined and well-organised Buccaneers defensive shift before any hopes of a home comeback were ruled out after 67 minutes. Buccaneers kicked a penalty to touch on the clubhouse side and, following a good lineout fetch, the Pirates put in yard-gaining maul. Good ball retention ensued as they sought a gap in the Corinthians rearguard, which was found by Layden and he surged through for a try which Michael Hanley converted to complete the 31-7 scoreline.

This was a fine all-round display by Buccaneers with the backline, where Layden, Fallon and Mannion shone, showing lots of enterprise and the pack hungry for work. The scrum was solid and there was fine variation in the lineouts. The evergreen Martin Staunton led by example with Evan Galvin, Danny Qualter and Browne contributing notably. Buccaneers now progress to an away semi-final next month against the winners of holders Sligo v Galwegians with league champions Ballina awaiting the victors in the decider in March.