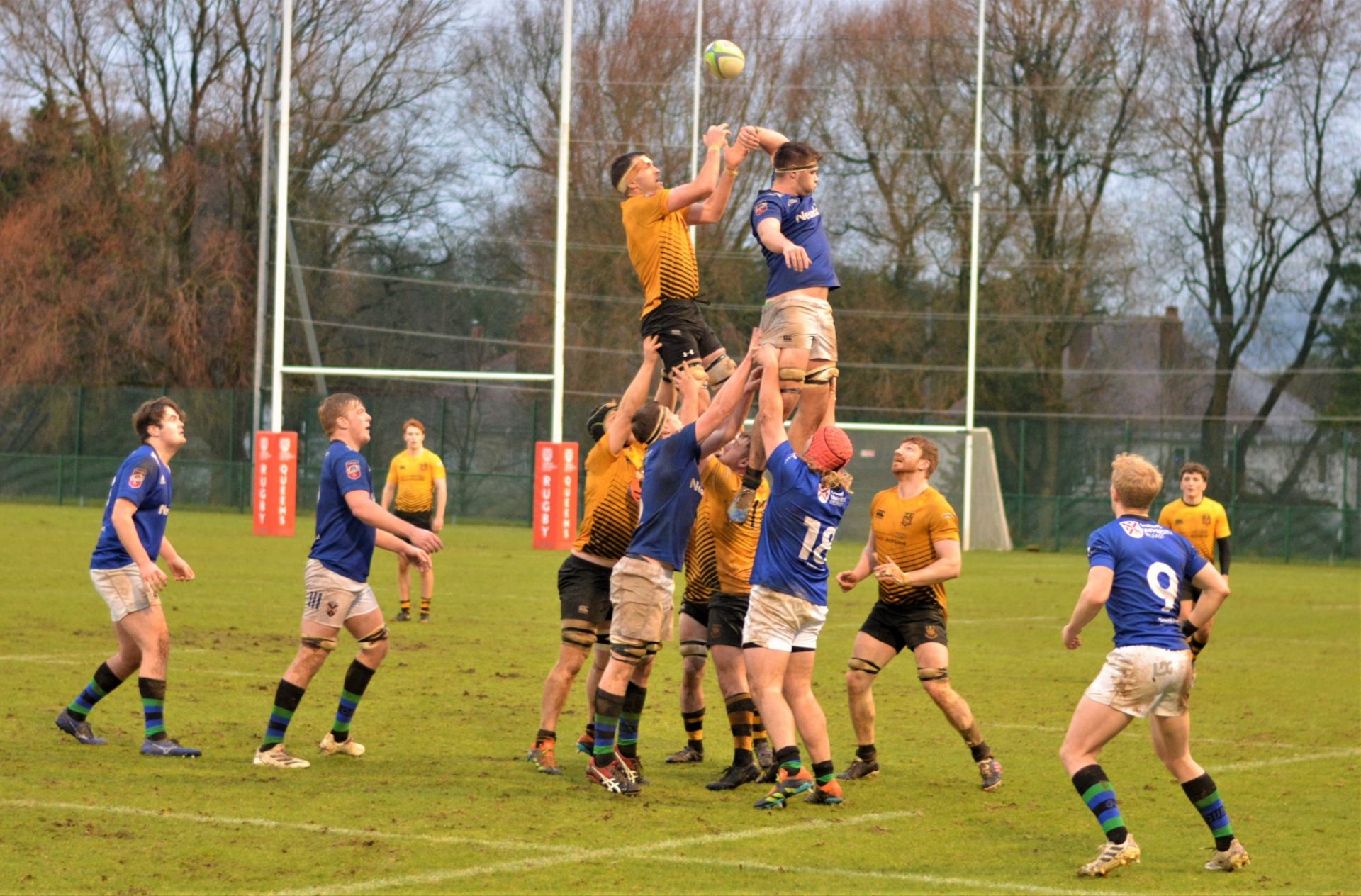 BUCCANEERS face what could be a season defining fixture when they host leaders Queen’s University at Dubarry Park as the Energia All-Ireland League resumes following the festive break. High-scoring Queen’s have been the pacesetters since the commencement of the campaign, losing just one game to date to Cashel. In their final outing of 2021 the Ulster side defeated Buccs 32-15 in Belfast but the Pirates were very much in that game until two late scores ensured victory for the Students. College No.8 Gary Dillon was the star performer on that occasion and Buccaneers must curb his influence on Saturday. David Whitten is another key operator in the Queen’s pack while Michael Orr, Robbie Johnston and Richie McMaster are a threat in their backs unit. That win opened up a nine points gap at the top of the league table while defeat meant the Athlone side slipped to fourth.

A number of errors cost Buccaneers dearly at Dub Lane but otherwise the midlanders lasted the pace, caused Queen’s lots of problems and could have edged a fast-flowing encounter had they taken the chances they created, particularly early on. Encouragingly Buccs had a decent workout when winning away to Corinthians last Saturday. There their main concern was an injury sustained by Stephen Mannion. His availability and that of Tabo Maree, who made a late appearance in Belfast, could be crucial for the Pirates. Hopefully, Buccs will have some of their Academy players available from Connacht; surely the province would relish a club competing in Division One?

If Buccaneers are close to full strength, play to their potential and ability, they can reverse the result from last month’s meeting. A home win would not only benefit the Shannonsiders but also the other contenders in Division 2A. An enthralling and lively contest is in prospect in which big home support could prove crucial so let’s see a large crowd in Dubarry Park on Saturday for what could be the game of the season. Kick-off is 2.30 p.m.