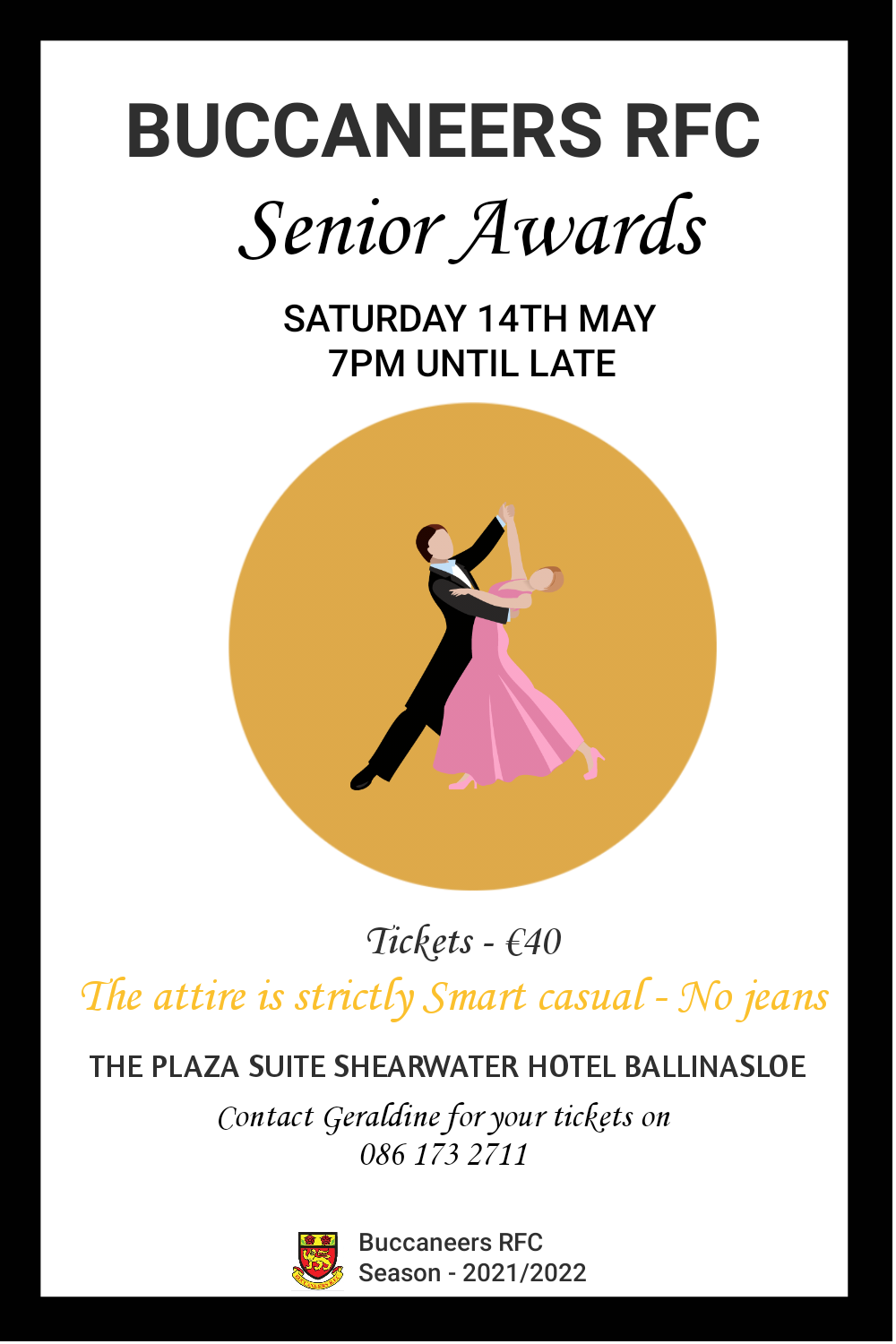 BUCCANEERS RUGBY FOOTBALL CLUB celebrate a hugely successful season when their annual AWARDS NIGHT takes place on this Saturday, May 14th in the Shearwater Hotel, Ballinasloe. Four Player of the Year Awards are up for grabs as well as the accolade of Buccaneers Club Person of the year with the winners being announced on the night. Club players who represented Ireland and indeed the British & Irish Lions will also be honoured at the event which has a scheduled 7 p.m. start.

Buccaneers Senior squad won the Energia All-Ireland League Division 2A title (and with it promotion to 1B) in a thrilling and excellent play-off final as well as capturing the Connacht Senior Cup. The U-20’s recorded a never before feat of a Leinster double, taking two trophies beyond the Pale and province for the first time ever. These young Buccs won the J.P.Fanagan Leinster Premier League 3 title as well as the Harry Gale Cup. The Womens team contested the Connacht Cup final in which they were unlucky to taste defeat. Meanwhile, the young Junior squad improved in leaps and bounds as the season progressed, reaching the league semi-final and progressing to the Connacht Cup final. At Youths level, five of the club’s six teams reached Connacht Cup finals; a remarkable achievement. So much to celebrate on Saturday night!

Smart casual is the dress code and we can count on the ladies to put on the style for the occasion and will expect the guys to do likewise — no jeans, gents! Connacht captain and Ireland international Jack Carty will present during the awards presentations which will follow a 4-course dinner. Tickets cost only €40 each and can be purchased by contacting our Administrator Geraldine at 0861732711. Tables for families, teams or groups can be arranged if requested in good time. Early booking is recommended for this event which will celebrate a highly successful season for Buccaneers.