Dublin University Seconds really put it up to Buccaneers U-20’s in a J.P.Fanagan Leinster League Premier 2 encounter that went all the way to the wire at cold Dubarry Park on Sunday. A final move try by the young Pirates added a bit of gloss to the 21-13 margin that lifts the midlanders up to second on the league table while Trinity will have been disappointed that their efforts did not at least gather a losing bonus point.

The match kicked off in bright conditions with the visitors having the strong breeze aiding them and they promptly took the game to the hosts. Their early endeavours were rewarded with an 11th minute try by Alex Finlay and converted Joe May.
A home maul looked like replying for Buccs but Gavin Daly was unable to capitalise while the Students edged further ahead with a 25th minute May penalty. Trinity laid siege in the home 22 in the closing stages of the half but the Pirates defence remained steadfast and so College’s lead remained 10-0 at the interval. 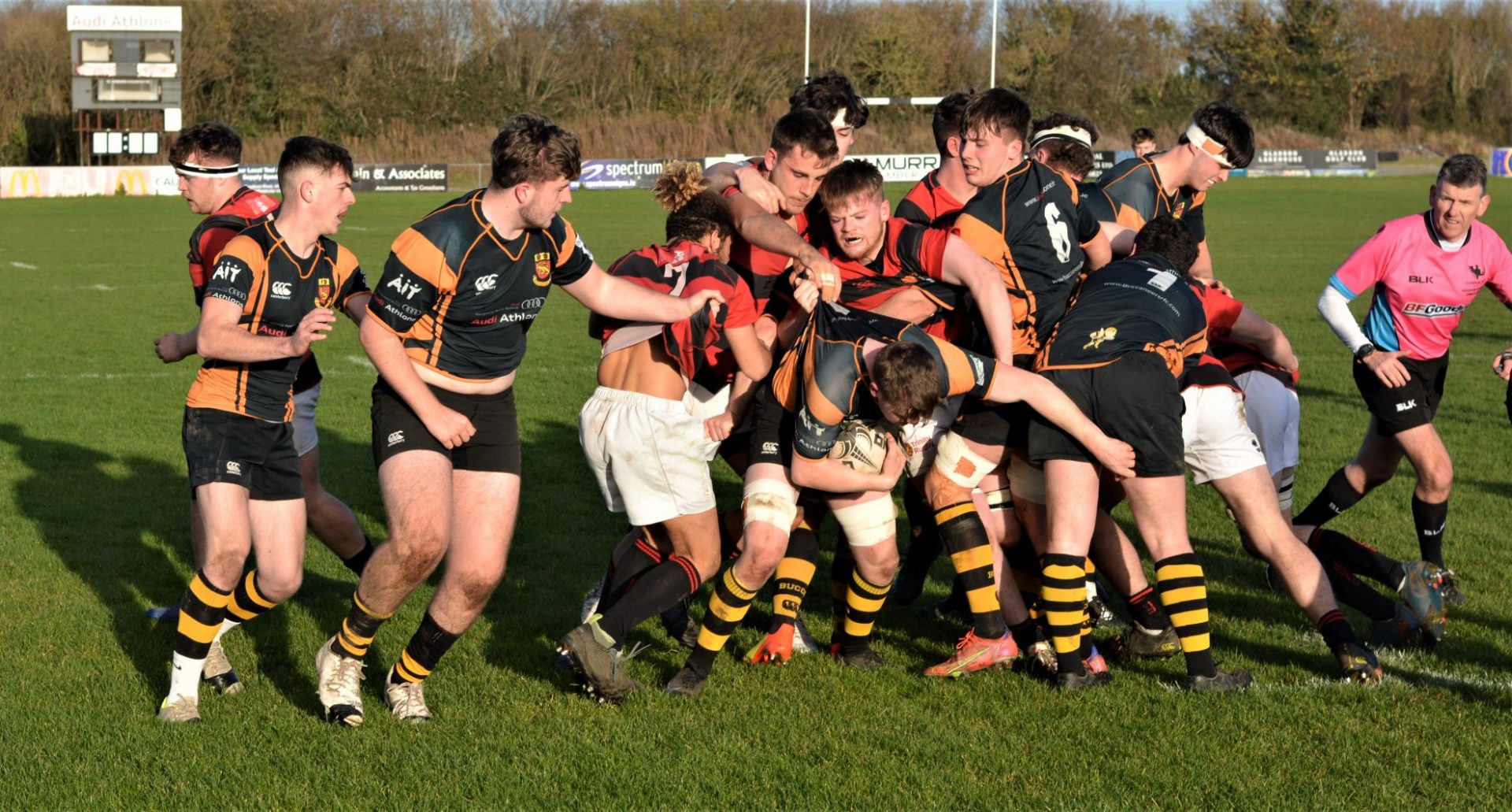 Buccs upped the pace following the change of ends but found the College defence in resilient mood until the 56th minute when Daly made no mistake with his second opportunity, burrowing over for a try converted by Adam O’Carroll. Three minutes later Buccs grabbed the lead in somewhat fortuitous circumstances, O’Carroll looking offside as he turned over possession to catch the Dublin University rearguard too far advanced and he raced away to dot down between the uprights. His conversion gave Buccs the lead but a May penalty left just a point between the teams entering the final quarter. 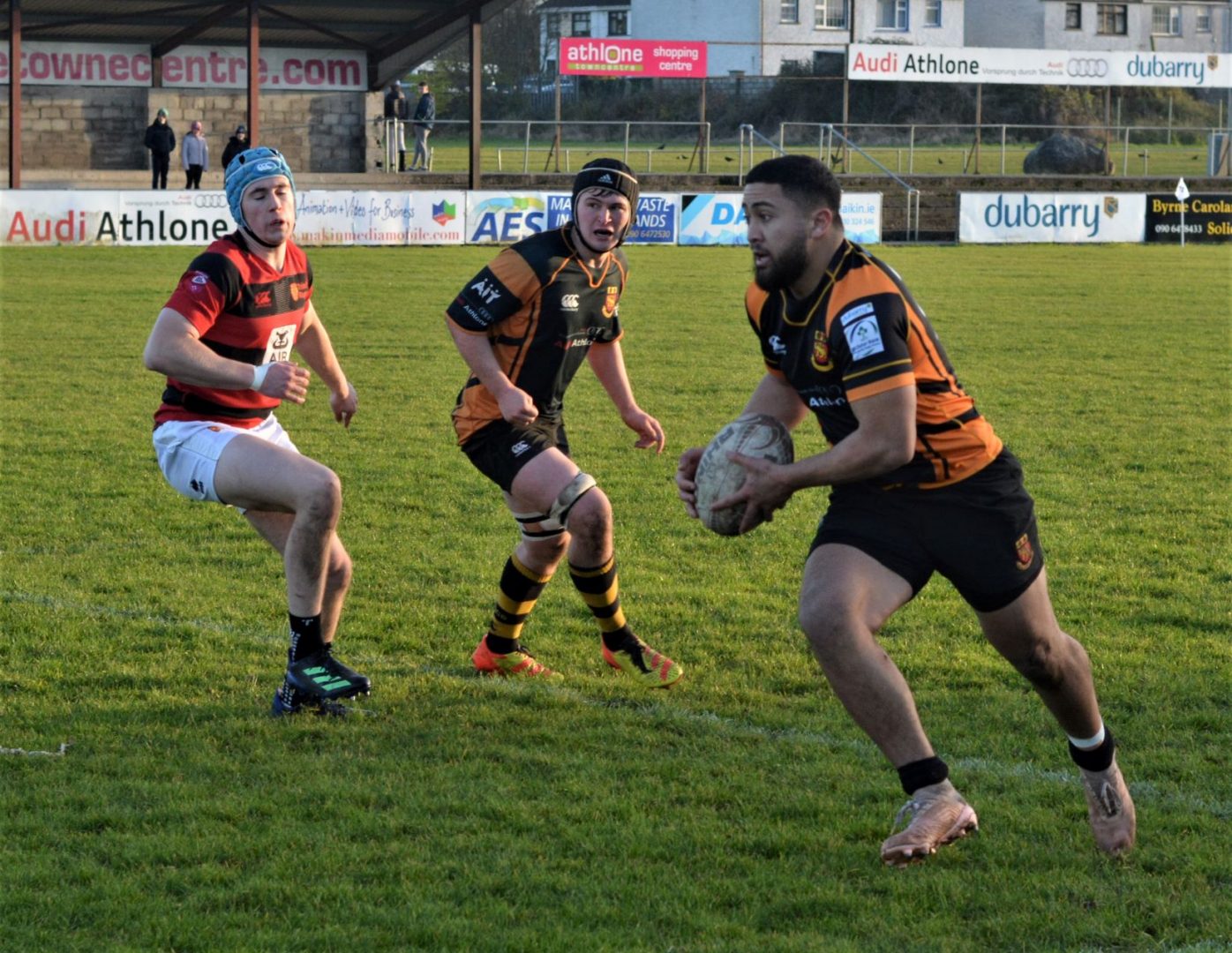 Jim Connolly put in a super tackle to halt a really threatening Trinity raid while O’Carroll, on place-kicking duty as Ruaidhri Fallon had a hamstring problem, was unable to land a 55 metre penalty in the closing minutes. Buccs sealed the victory in the final move when the ever alert Cian McCann played on after a Trinity knock-on to scamper away for his side’s third try. O’Carroll duly converted with the final act of the game for a 21-13 win.

With Kieran Egan, McCann and Orrin Burgess not starting Buccaneers were unable to dominate as they would have liked and the introduction of the latter two eventually made a difference as the second half progressed. Tom Shine and O’Carroll were pick of the backline while Luke Balsiger, Fionn McDonnell and Oisin Dolan put in solid shifts in the pack. Patrick Sheeran and Johannes Dreischmeier were prominent throughout for Trinity. 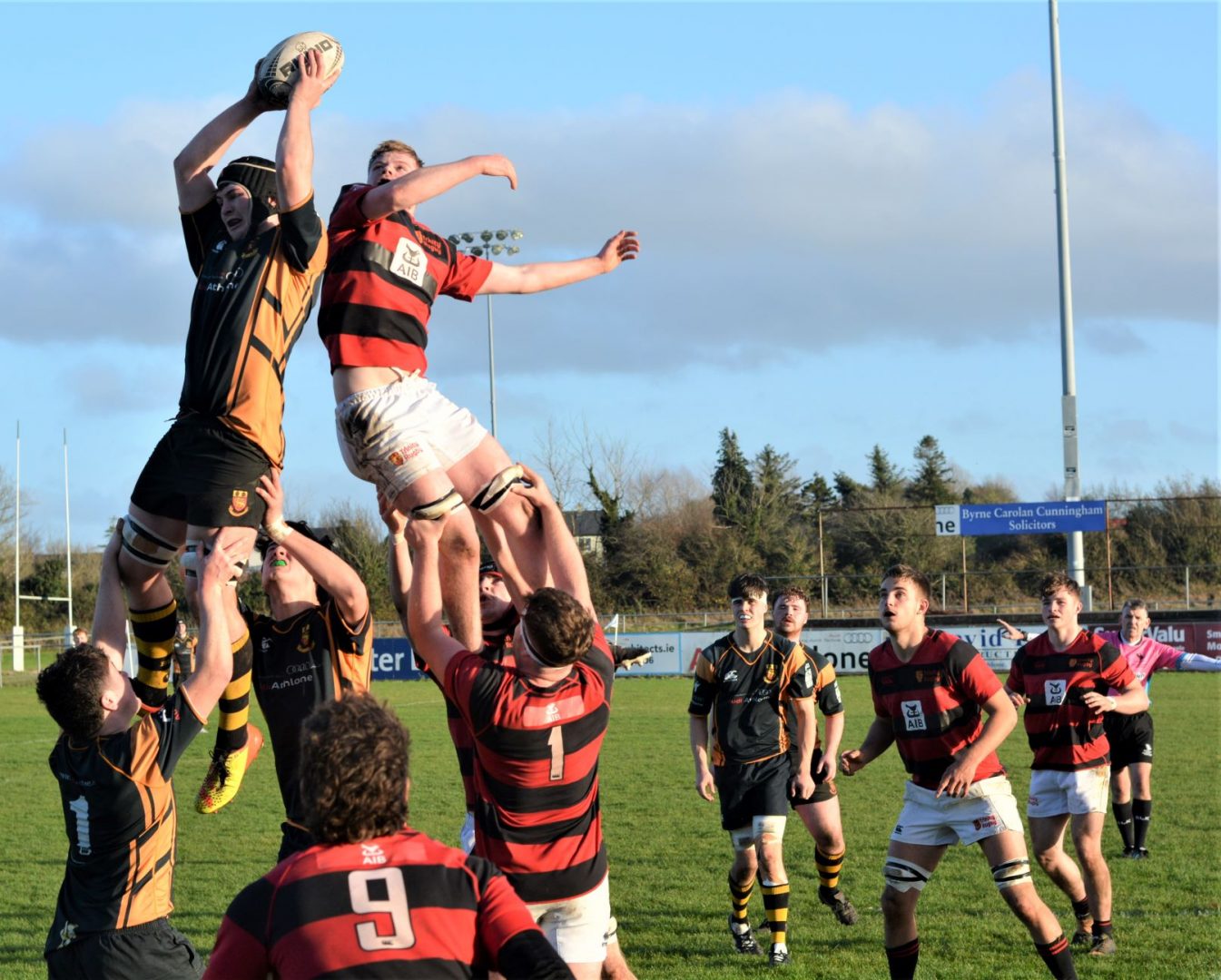