ANOTHER AWARD FOR JORDAN CONROY

JORDAN CONROY has been named Ireland Sevens Player of the Year in the recent Guinness Rugby Writers Awards. This is the second season in succession that the Buccaneers speedster has won this highly coveted accolade. The Tullamore man was the top try scorer with 28 touchdowns in the HSBC World Series and was named in the World Series Dream Team. His latest award capped off a tremendous year for the likeable lad. Congratulations Jordan. 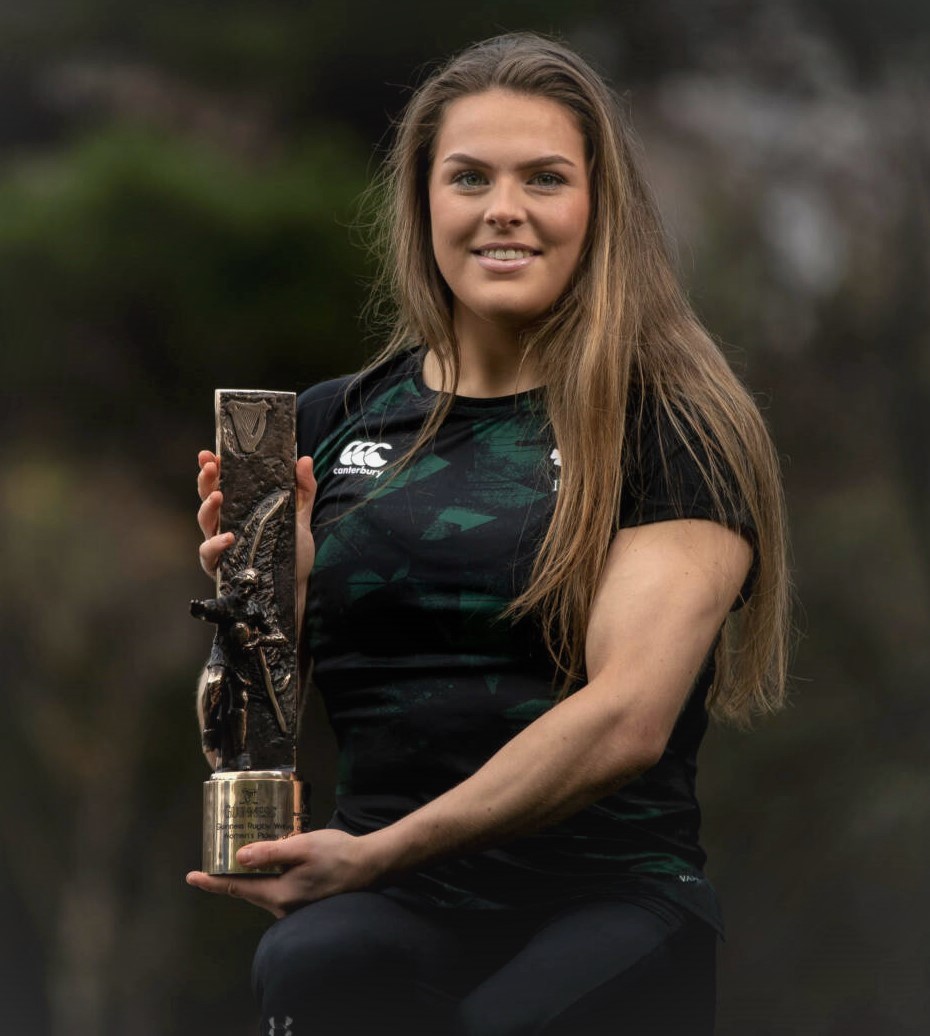 Congrats too to BEIBHINN PARSONS from our neighbouring club Ballinasloe as she picked up the Womens Player of the Year Award. The teenage winger scored three tries in last season’s Womens Six Nations tournament, her breakthrough campaign. She may have accumulated further tries too only for taking a break ahead of her Leaving Certificate examinations but she will surely add to her tally whenever this pandemic passes and rugby resumes.

ROBBIE HENSHAW put in another impressive performance as Leinster snatched a 13-10 PRO14 victory over arch rivals Munster at Thomond Park. The hosts scored all their points in the opening quarter but could not add to their tally despite dominating large swathes of possession and territory. Then in the closing stages of a keenly contested joust the champions came up with a piece of magic to notch the winning score. Henshaw, as he had done regularly through the contest, made some hard yards in the lead up to Jordan Larmour’s try and he was duly named in Ireland’s squad this week.

Meanwhile Connacht’s home travails continue as they let a decent half-time lead slip enabling Ospreys gain a rare away victory on Irish soil. Jack Carty was rested for this encounter and he misses out on inclusion in Andy Farrell’s panel as does Finlay Bealham. However, hooker Dave Heffernan is named in the squad. Best of luck to Dave and Robbie in the forthcoming Six Nations Championship.