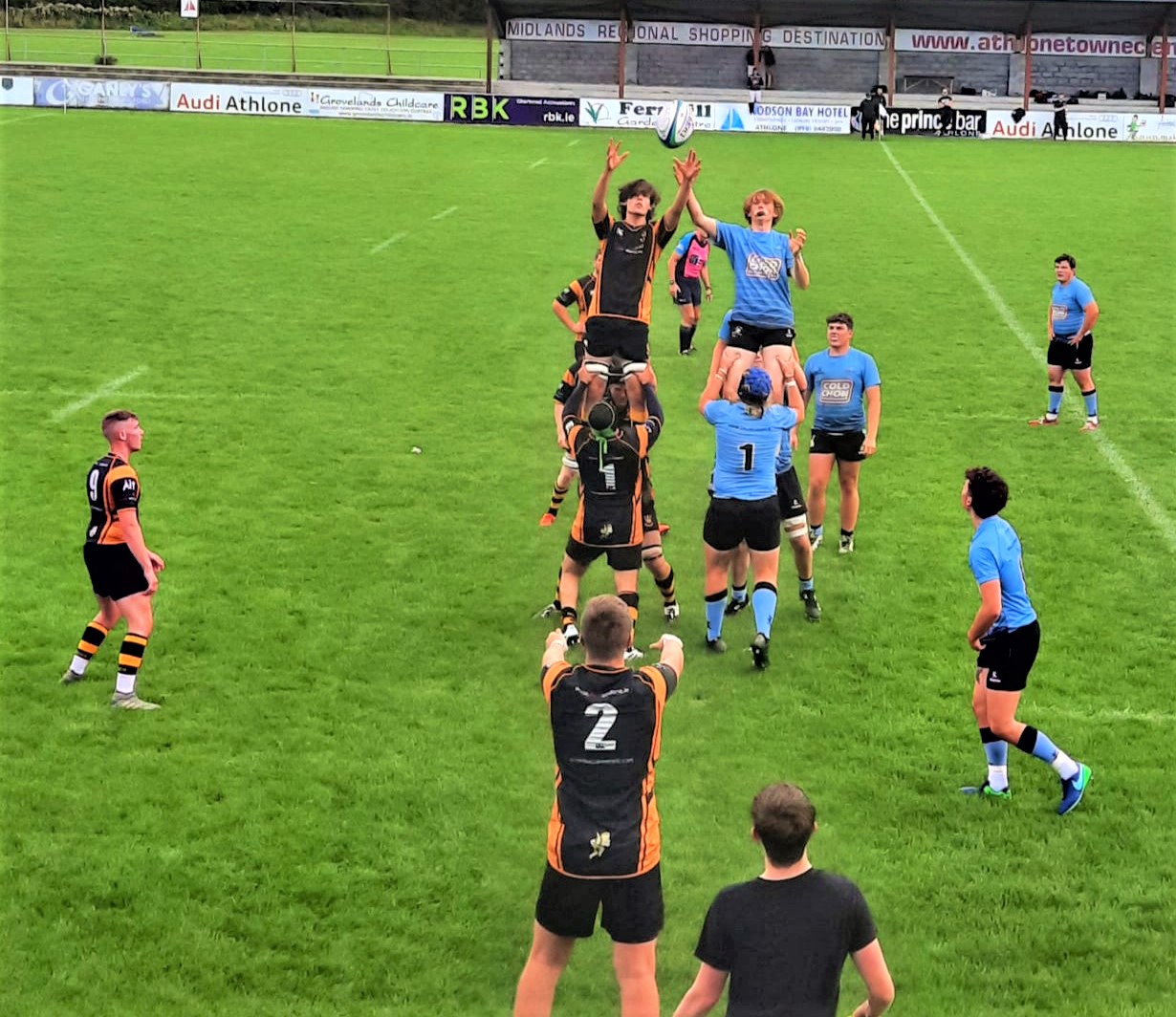 Despite having the majority of territory and possession, Buccaneers U-20’s fell to a 17-7 defeat by Galwegians in their JP Fanagan qualifier played at Dubarry Park on Sunday. Niall Quinn’s charges got their season off to a very competitive and spirited start with all players giving 100% to the cause.

Buccs were on top for most of the first half with powerful displays both sides of the ball from Lasha Laoshvilli, Cian Daly, Kieran Egan, Koronato Kiripati and Ali Kenny.The backs made numerous line breaks but failed to score. Dylan King kept his side in the scoring half of the pitch with tactical kicking. Centre Thomas O’Brien released Ben Daly who came close to scoring but was denied close to the line.

Against the run of play the first to score was Galwegians’ Evan Regan who scored from an interception before half time with James Deacy adding the conversion.

During the break coaches Martin Staunton, Damien Shine and Gerard Fallon made some tactical switches resulting in the home side starting stronger again, the introduction of Adam Flanagan at 9 for the injured Èthan Friel added an extra attacking force but Wegians were again first to score when their forwards powered over for Hugh Duffy to touchdown with Deacy adding the touchline conversion to go 14-0 up.

Buccs eventually scored from a training ground move from Michael Byrne who converted his own try. Wegians Kelvin Langan kicked a penalty to put 10 points between the teams in the closing minutes. As the game progressed
Buccaneers were getting stronger in all positions on the field. Cameron Brill,
Fionn McDonnell and Luke Balsiger were excellent in the lineout and carried very well, Tom Shine was unlucky not to score after a 50-yard break while Jim Connolly also finished off a fine performance with a break which on another day could have resulted in a try.

If Buccaneers U-20’s can continue with this spirited competitive form and build on it they will be very hopeful to qualify for the J.P Fanagan League.
Next up for them is a must win home game next Sunday against Corinthians, k.o. 3 p.m. followed by an away game to NUIG on the following Sunday.