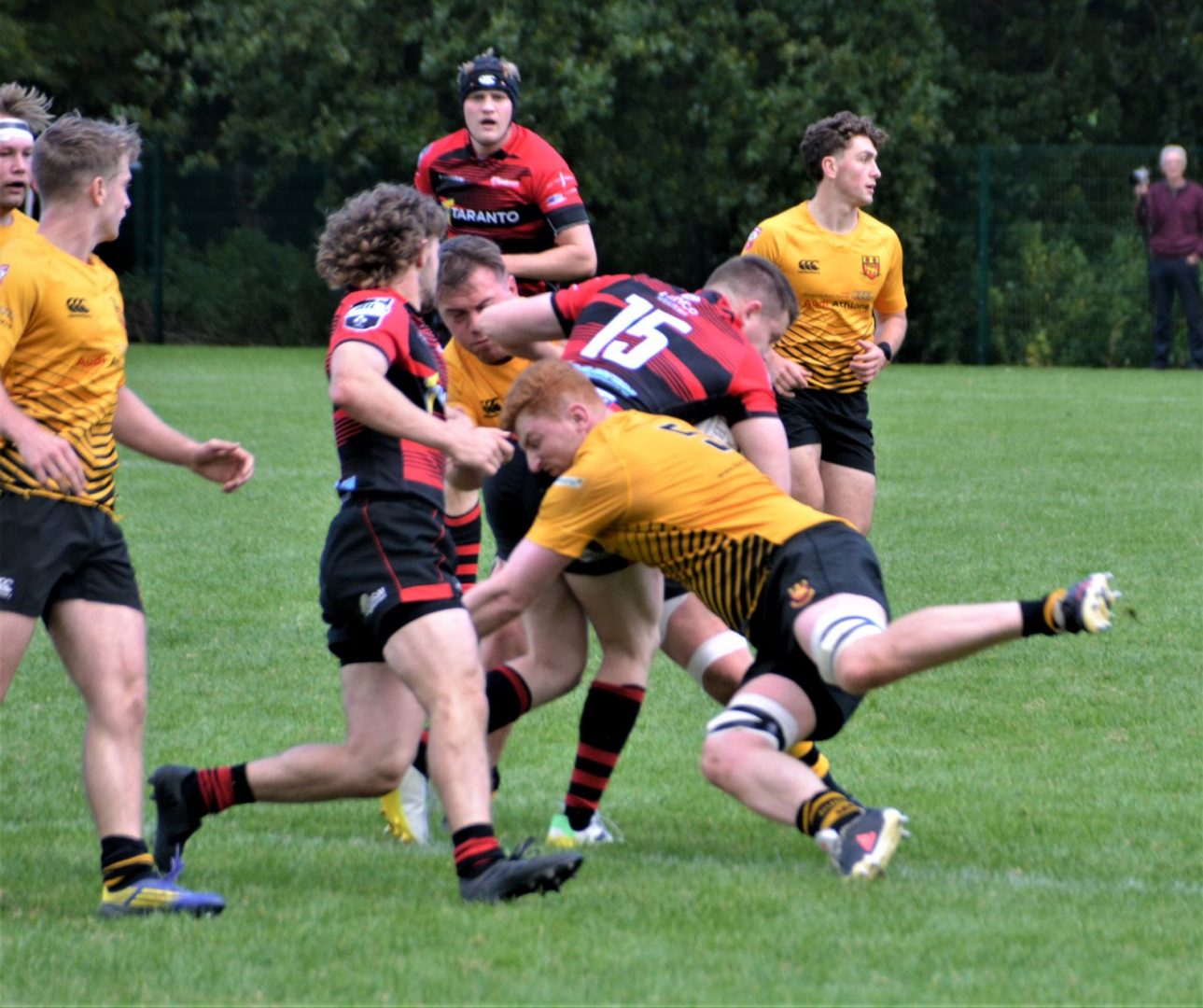 Trailing 22-6 at the three-quarters stage, battling Buccaneers put in a strong finish but came up just short when going down 22-20 to City of Armagh at the Palace Grounds in their Energia All-Ireland League Division 1B match on Saturday. However, that late rally salvaged a losing bonus point for the midlanders in their opening fixture following promotion.

Buccs were a bit lightweight in the pack with Ciaran Booth, last season’s player of the year, and Sam Illo both in South Africa while Danny Qualter was surprisingly on holidays and Ryan O’Meara out through injury. Last season’s captain Evan Galvin has emigrated while Declan Adamson is now with Clontarf. So the Pirates were forced to restructure their pack with Darragh Murray operating out of position at No.8 and Sean O’Connell slotting in at blindside flanker with Oisin McCormack switching to openside. Matthew Burke debuted at loosehead prop.
Conditions were bright and breezy at the neat venue with the visitors having first benefit of the elements. However, it was Armagh who opened the scoring when McCormack was pinged for a no arms tackle and Ryan O’Shea duly landed the penalty after 5 minutes.

Frankie Hopkins posed the first real threat by the Pirates with a fine 9th minute break from halfway while Buccs then had a let off when Dylan Nelson knocked on in a promising position shortly afterwards. Burke made a couple of carries forward but the homesters struck next with Nelson’s pace causing problems on his flank and he linked up with O’Shea to make serious inroads before Ulster’s Frank Bradshaw Ryan finished the move for an 18th minute try converted by O’Shea. 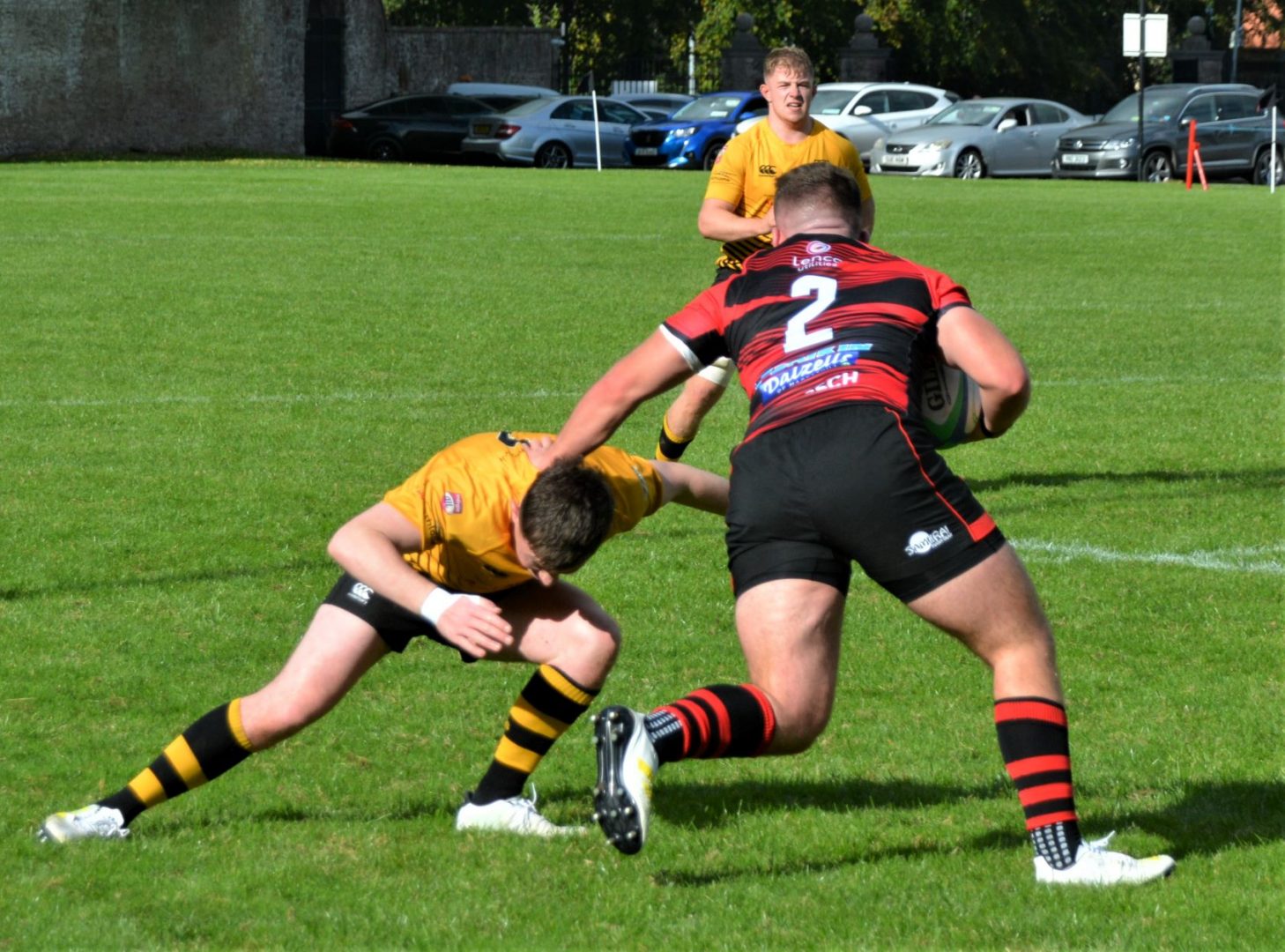 A forward pass spoiled another opportunity for flying wing Nelson but Buccs finally got some momentum when Michael Hanley opened their account with a fine 26th minute penalty from the ten metre line. He missed from a similar position 6 minutes later but from the restart Buccs won another penalty which the outhalf slotted over. This left the Athlone side trailing 10-6 at the interval.

Now aided by the breeze, City of Armagh increased their intensity following the change of ends and scored a brace of tries within 4 minutes of each other. Penalties punted to the left gave the Orchard County men close in territory where the busy Nelson and former Ballymena hooker James McCormick notched tries on 49 and 53 minutes. O’Shea added one conversion and the homesters were in the driving seat 22-6 to the good.

It looked like a long, hard final half hour for the Shannonsiders but their changes in both tactics and personnel began to pay dividends as they fought their way back into the contest. On the hour mark Will Reilly’s snipe from a swiftly tapped penalty caused consternation in the home ranks resulting in Tim McNeice being yellow carded. Buccs now had a self-belief in their play and some excellent attacking play saw Saul O’Carroll denied a certain try by a deliberate knock-on by Ross Taylor which saw the home substitute join his captain in the sin bin. Referee Andrew Cole also awarded a penalty try to rejuventated Buccaneers. 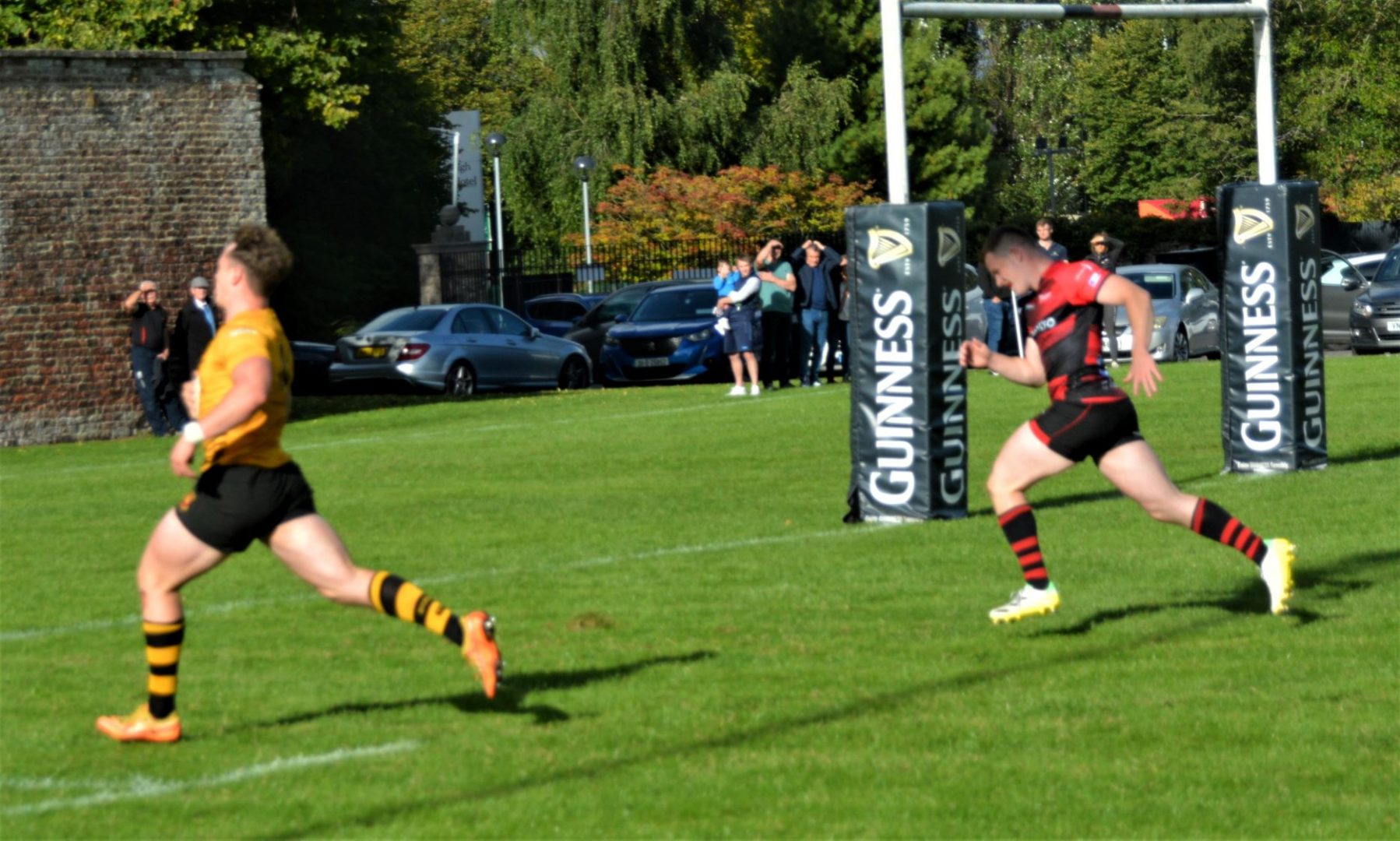 Now it was their time to turn the screw and Josh O’Connor scored a scintillating solo try from inside his own half leaving a trail of Armagh players in his wake. Hanley’s conversion narrowed the arrears to just two points but, in a thrilling finish in which Shane Layden was sin-binned for a deliberate knock-on, the Pirates just could not overhaul their hosts who got panicky when the tide turned.

Buccs were a bit aimless in the opening half and offered City of Armagh, whose towering locks dominated lineouts, too much space. Their more forceful attitude as the game progressed yielded better dividends and Buccs will need to be aggressive from the off in future. Murray, McCormack and Martin Staunton were pick of the pack where Burke will improve with gametime. O’Connor and Mannion were best in the backline where Shane Jennings made an impact following his introduction.