BUCCANEERS continued their move up the Energia All-Ireland League Division 2A table with a richly warranted 27-24 victory over Dolphin at Irish Independent Park on Saturday. Buccs dominated for large swathes of this encounter and their victory was far more comprehensive than the scoreline suggests. On a grey and untypically cold afternoon in the deep South, the Pirates despite five changes in their pack lit up this encounter particularly in the opening hour.

With Christian Maulaulau falling victim to flu, Niall Murray made his first AIL start at blindside flanker while Ryan O’Meara was another late call-up at tighthead prop. Evan Galvin passed a late fitness test to play and Declan Adamson made his first start at hooker with Ruairi Byrne and Sean Masterson returning to action in the pack. Dolphin fielded a relatively unchanged but cosmopolitan backs division that included Finland captain Jussi Viljanen in the centre, Kiwi Cameron Powell and Albert Fronek from the Czech Republic, along with Mayo man Alex Corduff.

The Cork side had first use of the brisk diagonal breeze but Buccs made all the early running. They got close to the home line on a number of occasions but just could not apply the necessary finishing touch. The midlanders eventually gained reward for their enterprising endeavours when Luke Carty judged a forty metre penalty to perfection to open the scoring after 18 minutes.

Eight minutes later in Dolphin’s first raid of any note, Corduff made a terrific break that was finished off by Andrew Dorgan for a try converted by Daryl Foley to put the Munster side 7-3 ahead totally against the run of play. Buccs were undeterred by this setback and continued to apply pressure with their sparkling handling and swift movement causing all sorts of problems for the hosts.

David Jennings incurred a yellow card for illegally slowing play on 29 minutes and Buccaneers promptly added further discomfort to the Corkonians. Buccs punted the resultant penalty to touch near the right corner and, following good lineout work, Adamson was driven over for his second try in as many appearances for the Athlone club. Carty added a splendid conversion into the testing breeze.

From the restart, Adamson rampaged through the centre and Masterson then made a strong carry deep into Dolphin territory and, when the ball was moved smartly to the right, Ross Murphy-Sweeney glided in for a 34th minute try with Carty landing another super conversion. This gave Buccaneers a 17-7 interval lead which their handling and tempo richly merited following their best forty minutes to date this season.

Dolphin took a rather lengthy half-time break in their dressing-rooms but it did not affect Buccs who resumed on the front foot. Murray made a driving break, escaping the clutches of tacklers on three occasions, before off-loading to Frankie Hopkins who linked with Shane Layden and the Pirates skipper sent the ever-improving Murphy-Sweeney scampering away for his second try of the game. Carty landed another first-class conversion from wide on the right and Buccs were full value for their 24-7 advantage after 43 minutes. 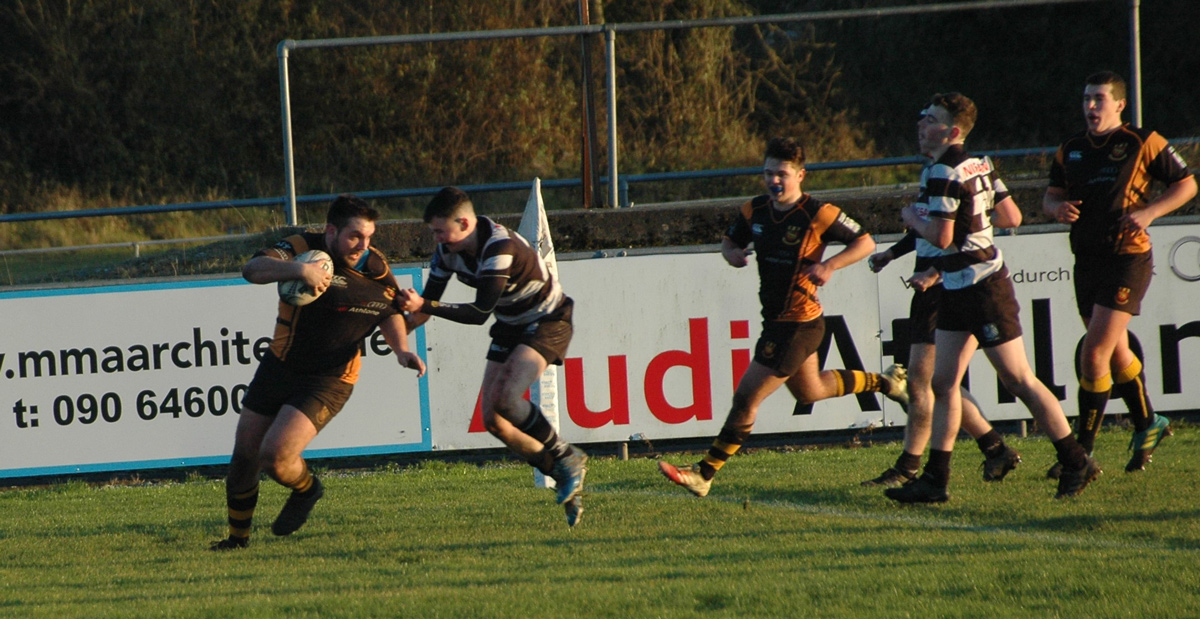 A bonus point looked inevitable at that stage and indeed the fourth try should have accrued five minutes later when the Shannonsiders got a fine maul rolling but Jennings got away with coming in from the side to kill Buccs impetus. The prop was fortunate to somehow escape a second yellow card in this incident from which the visitors did not even receive a penalty!

Dolphin were thrown a lifeline when Kevin Allen’s rousing break was finished off by replacement Fronek with Foley converting this 56th minute try. This rejuvenated the homesters and James Vaughan applied the finishing touch for a 63rd minute unconverted try after a good spell of home pressure. This narrowed their arrears to 24-19 but Carty was not fazed by his only missed placekick – a long 65th minute penalty that failed to curl in – as he pushed Buccaneers eight points clear with another penalty four minutes later. Dolphin kept digging in and seven minutes from time they scored a bonus point try when Cillian Ansboro darted in after receiving a pass that looked forward from the lively Fronek. 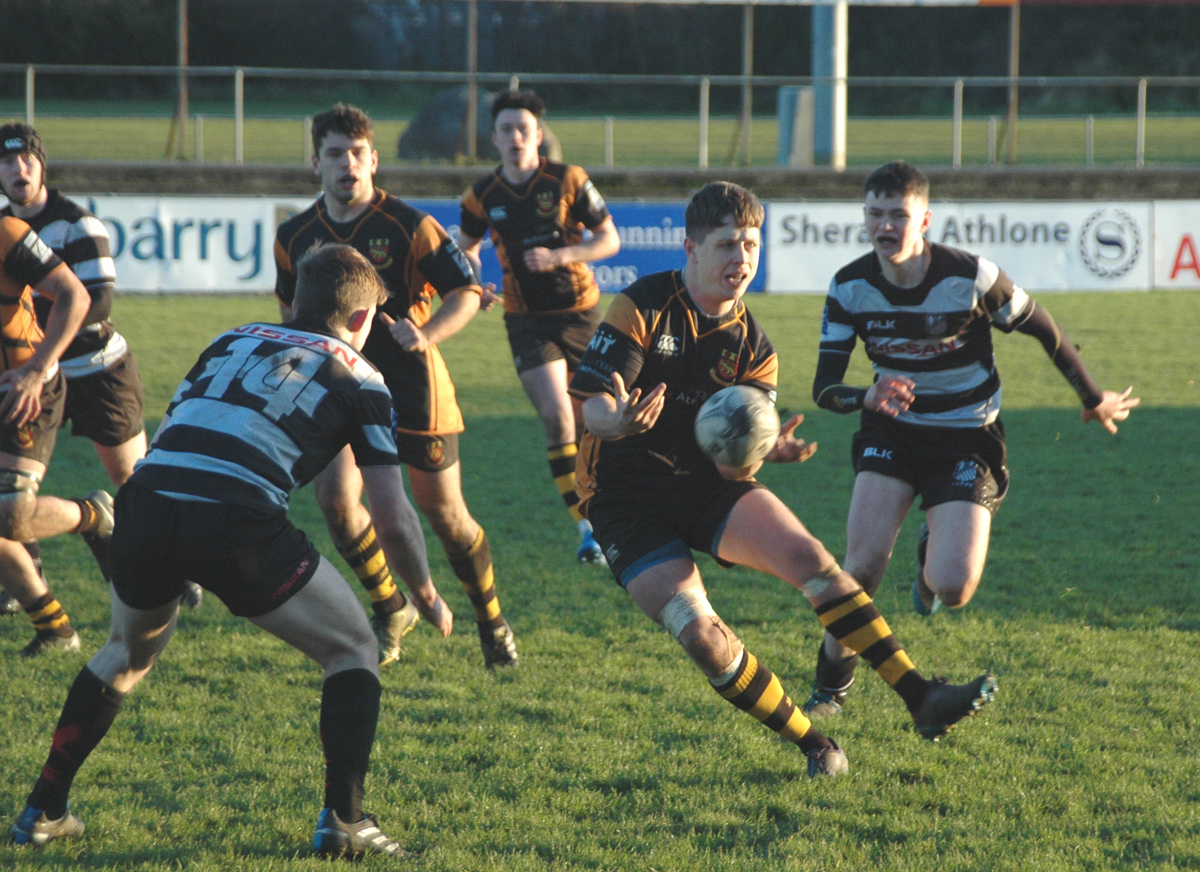 This set up an unnecessarily nervy finish but Buccaneers maintained their composure and workrate to secure a 27-24 victory on the 3G surface. The midlanders played some sparkling rugby and should really have recorded a comfortable win. Somehow Katie Taylor came to mind as the Pirates displayed lots of dazzling moves and footwork as they piled up the points but like the brilliant Bray boxer lacked a knockout punch that would surely have put Dolphin away.

Nevertheless, victory away from home is never easy, especially after a lengthy journey and playing on an unfamiliar surface. There was much to enthuse about Buccs performance with livewire scrumhalf Hopkins catching the eye and Carty’s kicking being topclass. Adamson had a fine outing as did debutant Murray while Masterson and the often unsung Ruairi Byrne also contributed notably to this win which moves Buccaneers up another slot on the league table. Meanwhile Dolphin, outplayed for the majority of the contest, somehow conjured up two bonus points, an encouraging feat that moves them off the basement. 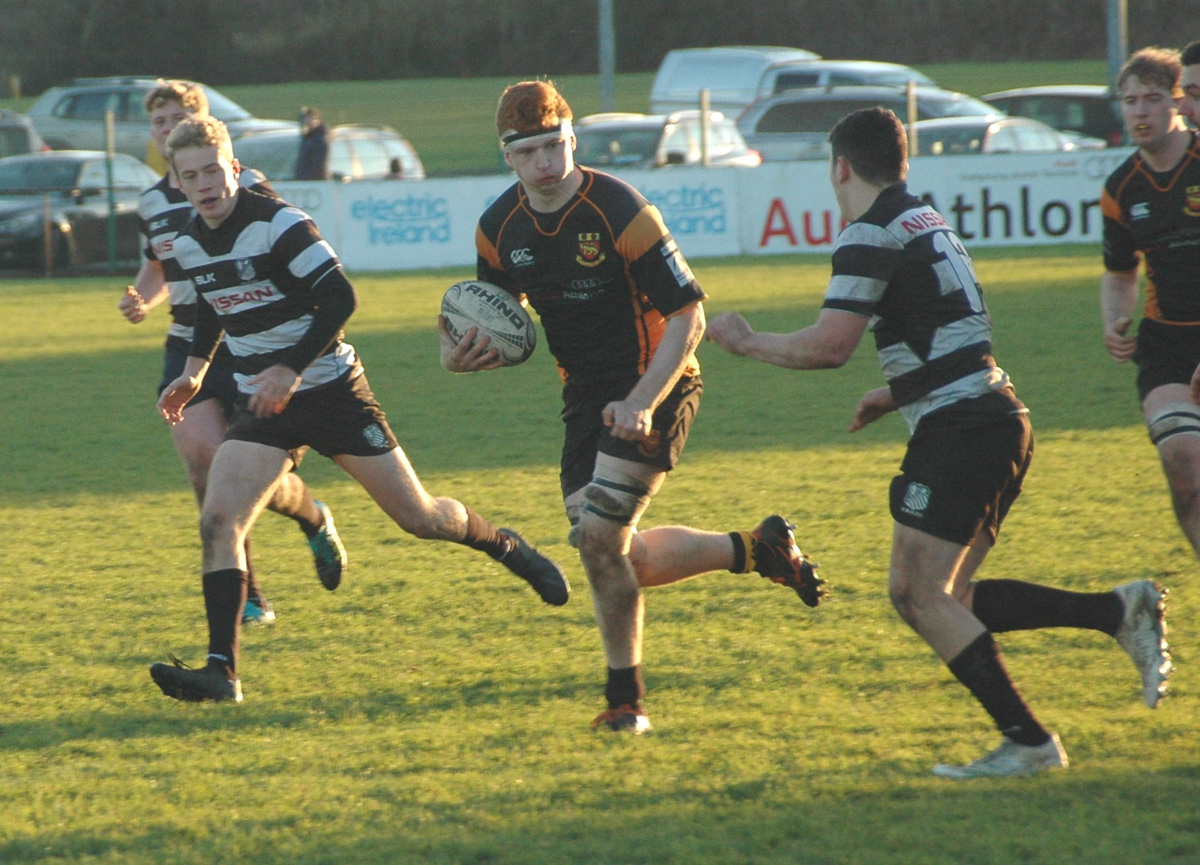