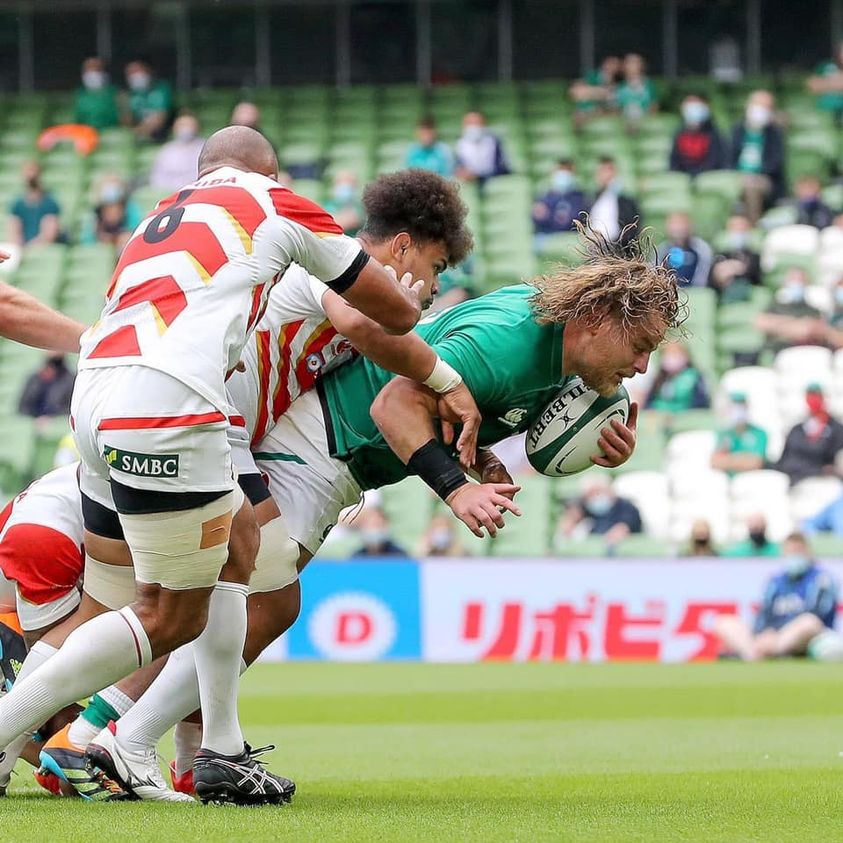 Congratulations to FINLAY BEALHAM who marked his 15th Ireland appearance with his first international try in the 39-31 victory over Japan on Saturday.

Meanwhile Ireland U-20’s ten match winning sequence came to an end when going down 24-15 to England in their top of the table Six Nations Championship clash at Cardiff Arms Park. Gallant Ireland missed out on a losing bonus point in the dying moments when they rashly attempted a drop kick conversion of Eoin de Buitlear’s try.

Both young Buccs Shane Jennings and Oisin McCormack were in the wars against a much physically bigger side. Jennings returned to the fray after a Head Injury Assessment but McCormack’s injury early in the second half looks like ruling him out of Wednesday’s tricky test against Italy (kick off 2 p.m.). We wish both Shane and Oisin a quick return to fitness and hope that Ireland get back to winning ways against Italy who have been improving noticeably at U-20 level in recent seasons.