Two young players who came through the ranks at Buccaneers Rugby Football Club, Jack Carty and Robbie Henshaw, have both been named on the Ireland squad for the 2019 Rugby World Cup in Japan. This is wonderful news for everyone involved at Buccaneers.

It is a fantastic achievement that two players from the relatively modest rural club based in Athlone have been selected. Both are young unassuming guys who have worked hard at their sport and will now be involved at rugby’s pinnacle tournament. They are wonderful role models especially for all the younger players at Buccaneers and beyond. Henshaw (26) and Carty (27) were both members of the Buccaneers team, captained by Jack, that won the club’s first ever All-Ireland title, the U-19 Cup in 2011.

Robbie’s progress through to the Ireland ranks was particularly swift, from captaining Marist College to quickly making an impact with Connacht where he was on the province’s team that won a first ever competition when claiming the PRO12 trophy in 2016. He won the first of his 38 Ireland Senior caps whilst still a teenager and has scored 4 tries including touchdowns in victories over Engand and a first ever win over New Zealand.

This will be his second RWC and he was the first Athlone player to be selected by the British & Irish Lions in 2017. A versatile back he has played in a number of positions for Ireland with whom he has enjoyed Six Nations successes including a Grand Slam whilst he has also tasted Champions Cup and PRO14 glory with Leinster.

Henshaw has won numerous awards including the ‘IRUPA Nevin Spence Young Player of the Year’ on an incredible three occasions and ‘Connacht Rugby Players Player of the Year’ accolade. The Henshaw family have a long association with the club, father Tony and uncle David were renowned front row players with Athlone and were coaches to the U-19 Cup winners along with Ronan Bushell.

Meanwhile, Jack’s ascendancy was less spectacular but the graph was steadily rising. Initially, he caught the eye at soccer and gaelic football, representing Ireland up to U-15 in the former and playing with Roscommon minors in the latter. However, his underage exploits at Buccaneers brought him to the attention of Connacht where he played at various underage grades. This earned him recognition with the Ireland selectors and he played for the U-20’s at the 2012 Junior World Cup. 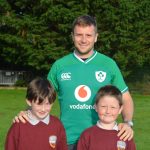 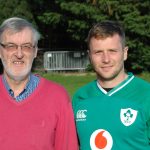 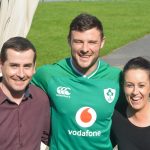 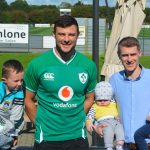 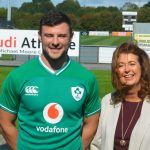 Late the following year he made his first senior appearance for Connacht followed by his first senior start in early 2014. It took him some time to nail down the fly-half berth at The Sportsground but such has been his progress that he is now the province’s leading points scorer in the PRO12/14 era. Jack gained his first Ireland Senior cap this year and has scored 7 points in his 7 appearances. In his first Senior start he won the ‘Man of the Match’ accolade in Ireland’s victory over Wales in Cardiff while he also contributed to the victory over the same opposition that elevated Ireland to No.1 in the World rankings!

He scored the ‘Try of the Year’ against Brive two seasons ago and recently was voted the ‘Virgin Media Sport Supporters Player of the Year’ at the Rugby Players Ireland Awards. The Carty family have also been involved with the midlanders for many years with Jack’s brothers Ben and Luke key players for the Pirates in recent seasons while father Ted is a past President of Buccaneers and is currently President of Connacht Rugby.

Of course a third Athlonian will have a vital role with the Ireland squad in Japan. Keith Fox, who hails from a local sporting dynasty is physio to the team. He is son of Tommy and Pat (nee Dolan) and his mother is aunt to

Dessie Dolan of Garrycastle and Westmeath fame and to Frankie Dolan, a star figure at St. Brigid’s and Roscommon. Keith was physio to Buccaneers before Connacht came calling and he has since become a key member of the Ireland backroom team. He runs the successful Action Physio business in Blyry, Athlone.

Everyone at Buccaneers RFC is justifiably proud of the achievements of both Jack and Robbie and we wish them and Keith continued success, particularly at the Rugby World Cup!