Ireland Men’s Sevens will get their bid to qualify for the Tokyo Olympic Games underway against Zimbabwe in their opening game of the World Rugby Sevens Repechage in Monaco this month. Buccaneers flyer Jordan Conroy is Ireland Sevens leading try scorer and he could be joined in the squad by ex-Bucc Rory Scholes. 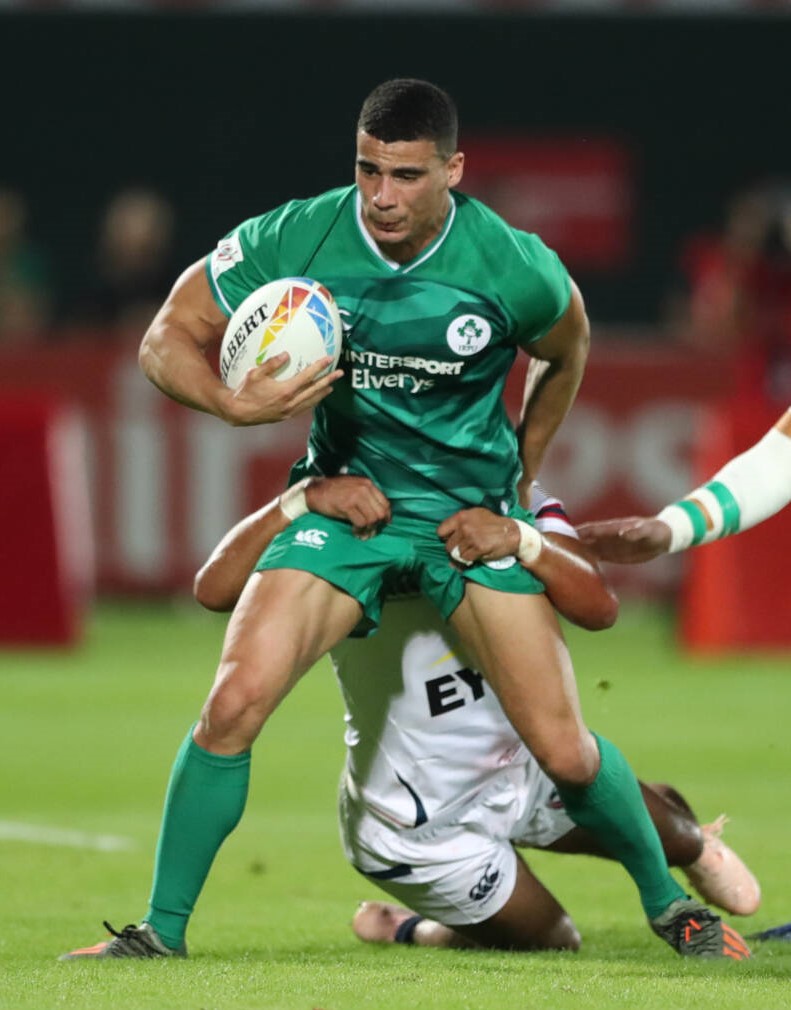 Anthony Eddy‘s side, who are one of 10 Men’s teams vying to secure the last place at this summer’s Games, will kick off their campaign against Zimbabwe (Kick-off 9.22am local time/10.22am Irish time) at Stade Louis II on Saturday, 19 June, before facing Mexico (11.44am/12.44pm) and Tonga (3.24pm/4.24pm) in further Pool A games that day.
Ireland will conclude the Pool stages on Sunday, 20 June against Samoa (1.17pm/2.17pm), with the top two teams from each Pool progressing through to the semi-finals. The final, with a ticket to Tokyo on the line, will take place at 7.07pm local time/8.07pm Irish time on Sunday, 20 June.

With just three weeks to go, World Rugby today confirmed the match schedule for the competition which will feature 12 Women’s and 10 Men’s teams all vying to achieve the ultimate prize of securing the remaining two Women’s and one Men’s team places for Olympic Rugby Sevens in Tokyo, which will take place on 26-31 July.
The action at the iconic Stade Louis II gets underway on Friday, 18 June as Ireland’s Pool rivals Zimbabwe and Mexico go head-to-head in the Men’s competition, with tournament organisers also confirming that 5,000 fans will be able to watch the second and third days, subject to maintenance of the current Covid environment in Monaco.
World Rugby Chief Executive Alan Gilpin said: “With Tokyo 2020 less than three months away, the rugby family is looking forward to what promises to be a special Sevens tournament that personifies the togetherness, camaraderie and optimism that characterises these remarkable Olympic Games.

Meanwhile, ANNA McGANN has recovered from injury and is included in the Ireland Womens Sevens squad again.

With Robbie Henshaw heading to South Africa with the British & Irish Lions shortly, the coming months could be monumental ones for Buccaneers club. We wish Jordan and Rory all the best as they bid for Olympic Games qualification.