Free-scoring JORDAN CONROY inspired Ireland to qualify for the upcoming Tokyo Olympic Games when they outscored all opposition in the World Rugby Sevens repechage in Monaco to claim the precious final berth. 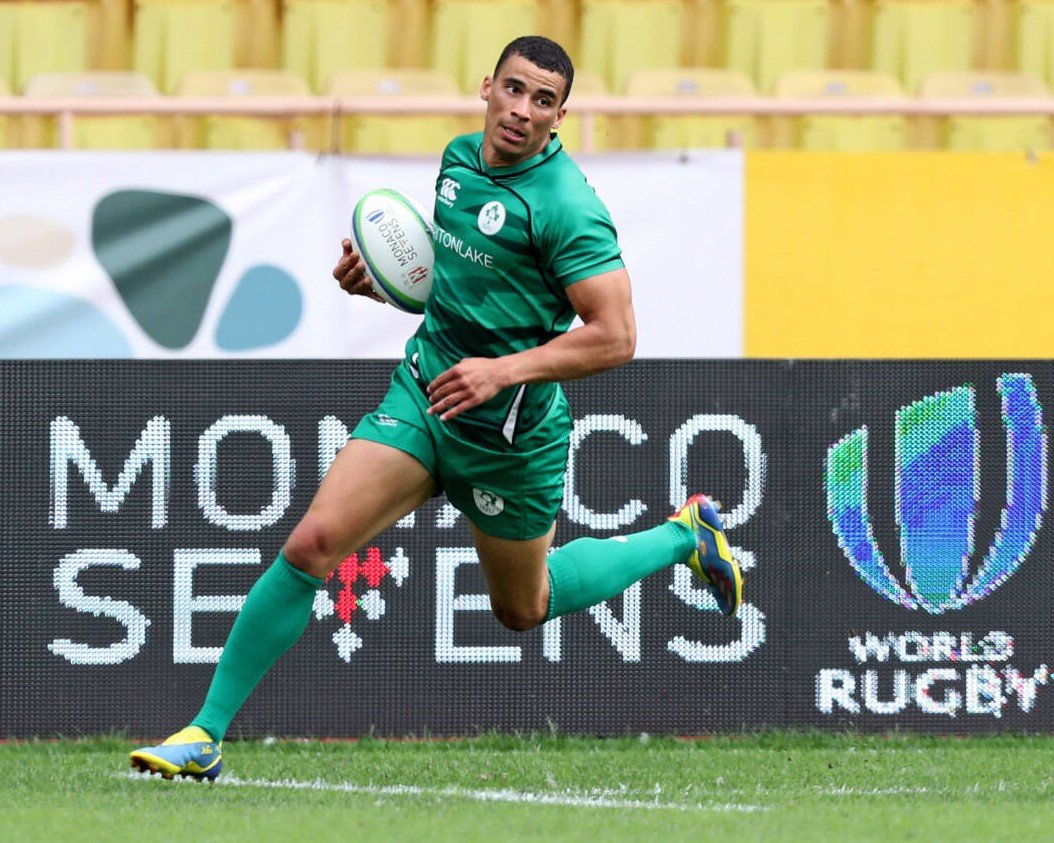 Ireland kicked off their bid with a 31-10 victory over Zimbabwe and followed that up with comprehensive wins over Mexico 31-0 and Tonga 43-0. Hong Kong was defeated 28-5 before a 21-7 victory over Samoa confirmed Ireland’s place in the repechage decider. That winner takes all match was against host nation France who were equally impressive in topping their pool.

Terry Kennedy scored an early try to put Ireland 7-0 ahead in the final but France scored two tries in quick succession just before half-time to lead 12-7 at the break. They looked to be in pole position at that stage but Ireland had other ideas and France did not score again until the final move the match.

Conroy then showed his mettle and lightening pace to score a brace of tries that helped edge Ireland 21-12 ahead, his 11 touchdowns confirming the Buccaneers player as the leading scorer in the tournament. Harry McNulty completed Ireland’s try tally in this gripping encounter and Billy Dardis converted all four tries in a splendid 28-19 triumph.

Skipper Dardis said this win had “put Ireland Sevens on the map. Olympic qualification has been the result of six years hard work and dedication by the core of this squad”. In a nice touch, Dardis gave another Buccaneers player SHANE LAYDEN an honourable mention as “one of the guys who contributed so much” at the start.

Conroy’s try-scoring feats are a major factor in Ireland’s achievements and, with ROBBIE HENSHAW heading off on the Lions tour shortly, the Athlone club has much to be mightily proud of at the moment.