The death has taken place of MIKE BURNS, former RTE London Editor and Head Of News. He was one of the most significant journalists in the history of Irish broadcasting and he led pioneering programmes such as ‘News At One’, ‘This Week’ and ‘World Report’. He received an MBE from Queen Elizabeth in 2004. 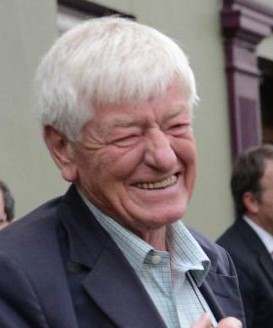 Courteous and generous, Mike was a member of Buccaneers Pirates supporters club and he was a regular attender at many home fixtures. The club extends our deepest sympathy to his family. May he rest in peace.