BUCCANEERS made it a winning first visit in the Energia All-Ireland League to Lisatunny when they defeated Nenagh Ormond 22-21 in a keenly contested Division 2A tie on Saturday. The bigger more seasoned home pack looked better equipped to the foul weather conditions prevailing but Buccs dug deep to win by the minimum after a tough battle.

The Pirates made seven changes from their home win over Ballymena with Luke Carty and Sean Masterson making their first appearances of the campaign. Callum Boland was a late cry off due to mumps with Ruairi Byrne also ruled out due to family circumstances but Darragh Corbett was available to return on the wing and Christian Maulaulau operated at blindside flanker on this occasion. Host player-coach John Hayes did not play but another ex-Bucc Josh Rowland featured at fullback for Ormond.

Buccs made the more promising start despite facing the elements but were then punished for a number of penalties. Conor O’Brien drilled over a 9th minute placekick after Buccs came in from the side and, two minutes later, Masterson tackled John O’Flaherty in the air. Nenagh made inroads from this award and Willie Coffey gained further ground but the Shannonsiders defence stood firm. Evan Galvin made a great turnover but was pinged for not releasing and teenager O’Brien made it 6-0 in favour of Nenagh with this 17th minute wind-assisted penalty.

Buccs responded commendably with a series of pick and goes in which Evan Galvin and Martin Staunton were prominent and Maulaulau finished off these phases when showing good strength to touchdown near the posts. Carty converted this 21st minute try. Ormond regained the lead just seven minutes later when Aaron Hennessy grounded the ball for an unconverted pushover try wide on the right.

Carty reduced Buccs arrears with a fine 32nd minute penalty against the breeze but O’Brien was straight and true with another long placekick three minutes later. A super Carty penalty to touch saw Buccaneers end the half in home territory but trailing 14-10 at the interval.

The visitors enjoyed much better territory following the change of ends and were unlucky not to regain the lead after a clever lineout move six minutes into the second period when O’Brien’s tackle halted substitute Darren Browne’s progress close to the home line. Buccs continued to play composed rugby and a splendid spell of phases edged them bit by bit to the homesters’ line where Maulaulau powered over for a 54th minute try converted by Carty. This score came at a cost as the impressive Masterson was injured in the build up.

However, just three minutes later the Pirates added to their tally. Nenagh outhalf Clayton Stewart was caught in possession and his opposite number Carty whipped the ball wide to Frankie Hopkins and the scrumhalf raced away to slide in for an unconverted try on the left. This gave Buccaneers a 22-14 lead and as the rain returned they continued to pile forward in a rousing contest but could not add to their tally.

O’Brien was sin-binned for kicking the ball away after being caught offside on 68 minutes and Buccs went in search of a bonus point try. But they failed to further unlock committed Nenagh defending and then had to endure a nervy closing few minutes after prop John Coffey showed an unexpected turn of pace late in the game to rampage through for a 76th minute try. Stewart landed a terrific conversion to leave just a solitary point between the sides but Buccaneers held their nerve to secure a vital and deserved away victory. 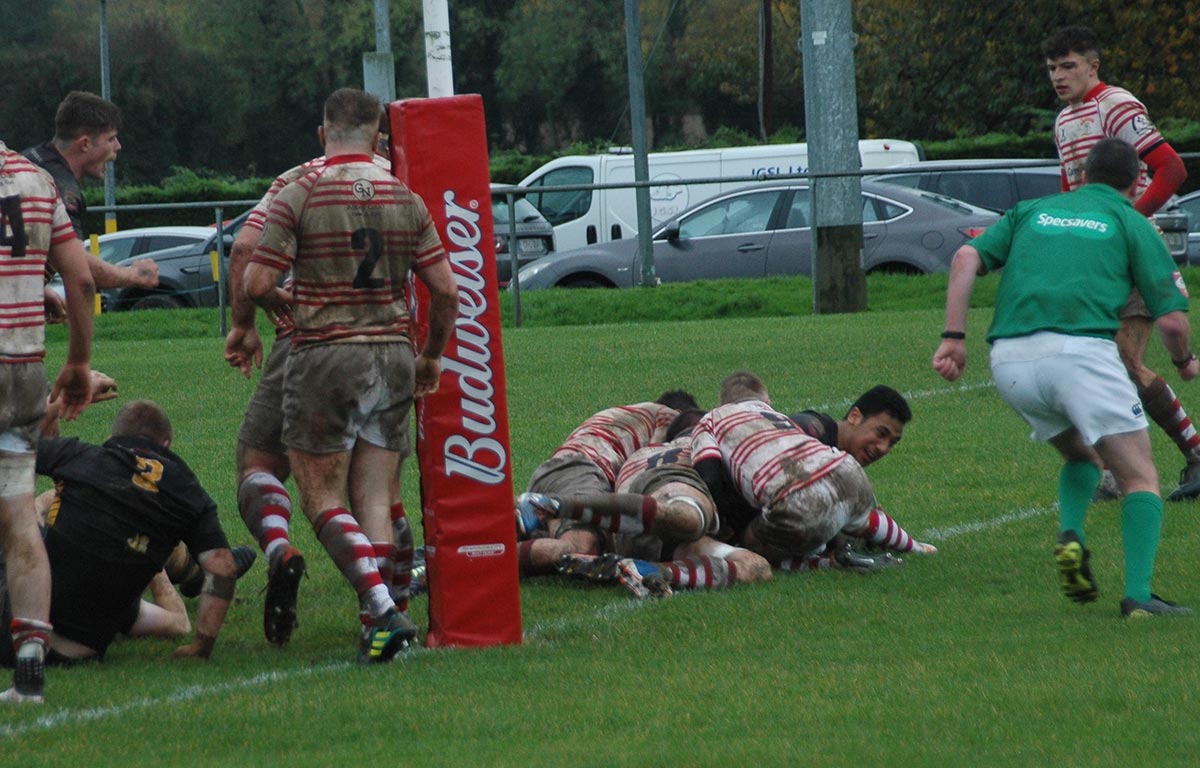 The Pirates defensive work was impressive, constantly not giving the Munster men any space or time, and their support play was much improved also in this their best display to date this season. Masterson was highly prominent until injured, Maulaulau continues to impress, and teenager Harry O’Reilly was pick of a very committed and effective front row effort. Max Kennedy, luckless to date due to illness and injury, showed his potential in his first full match while backs Eoghan O’Reilly and Ross Murphy-Sweeney both acquitted themselves well in the testing conditions. This win leapfrogs Buccaneers over Nenagh Ormonde as they move up the league table for a second successive week and will instill growing confidence in this hard-working and committed youthful group. 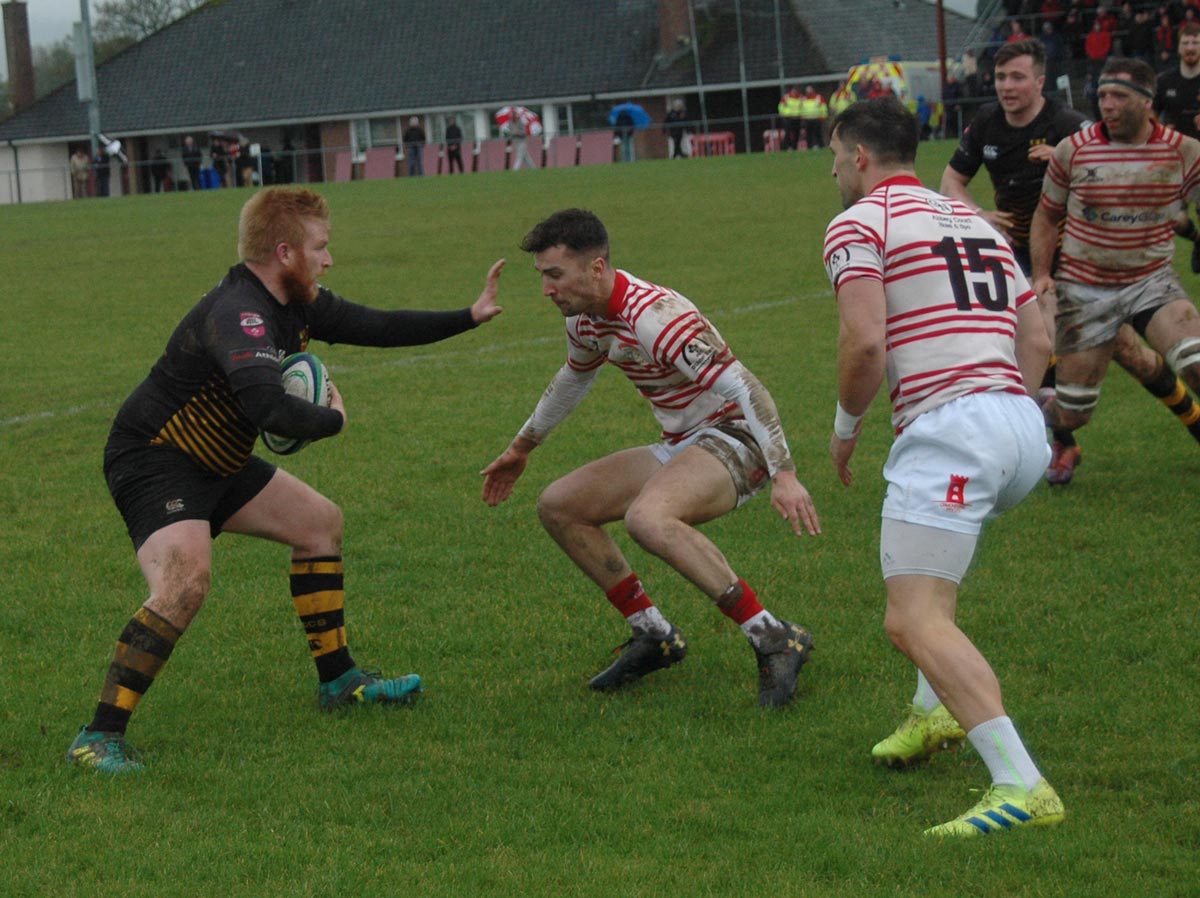 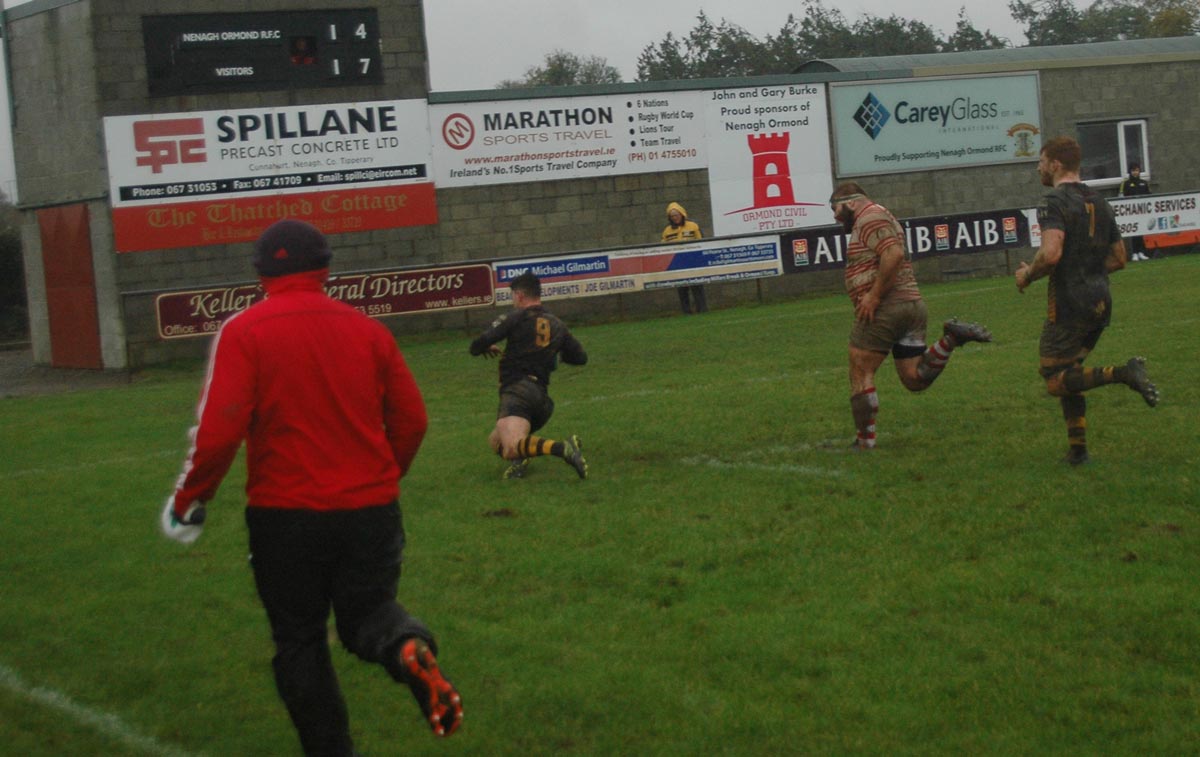 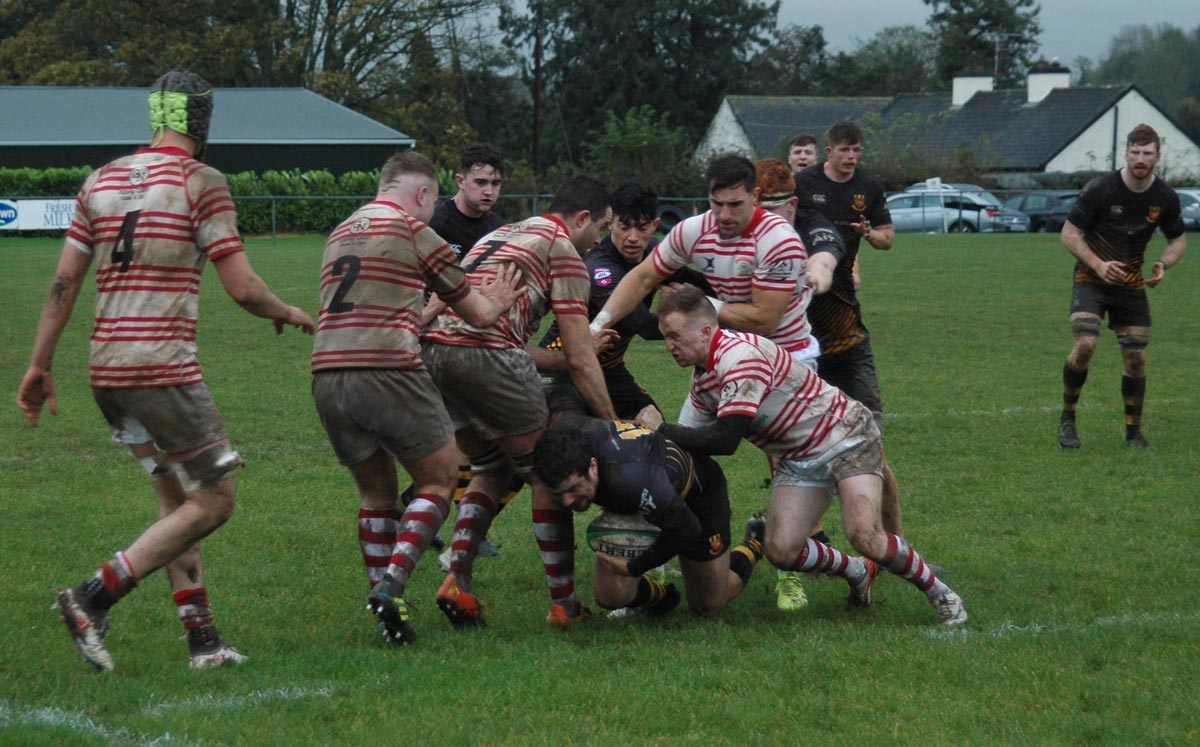 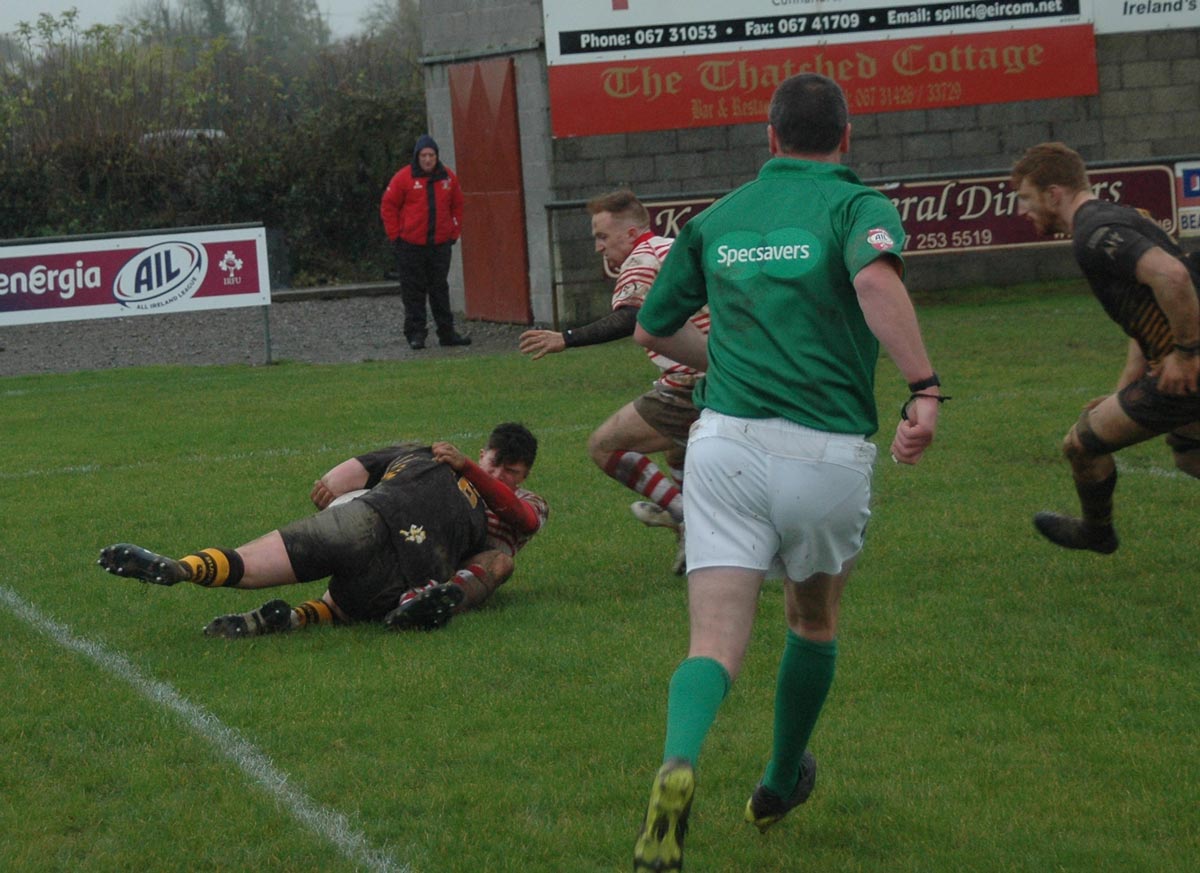