BUCCANEERS missed out on a real opportunity to move into the top four of the Energia All-Ireland League Division 2A when they were narrowly defeated by Old Crescent at Rosbrien on Saturday. This was an encounter that was well within the midlanders capabilities of winning but they lacked the necessary guile and grunt to outwit the Limerick club in an evenly contested affair that did not reach the anticipated heights.

Buccs made five enforced changes from the win over Cashel. Rory O’Connor came in for the ill Darragh Corbett while Conor Kenny, Sean Masterson, Niall Murray and Luke Carty were involved with Connacht Eagles the previous night. However, the latter was available on the bench alongside Colm Reilly while Ryan O’Meara, Darragh Murray and Ruairi Byrne all started in the pack with Michael Hanley manning the pivotal outhalf berth. The Munster side made a number of changes also with captain Ronan McKenna being their key absentee. 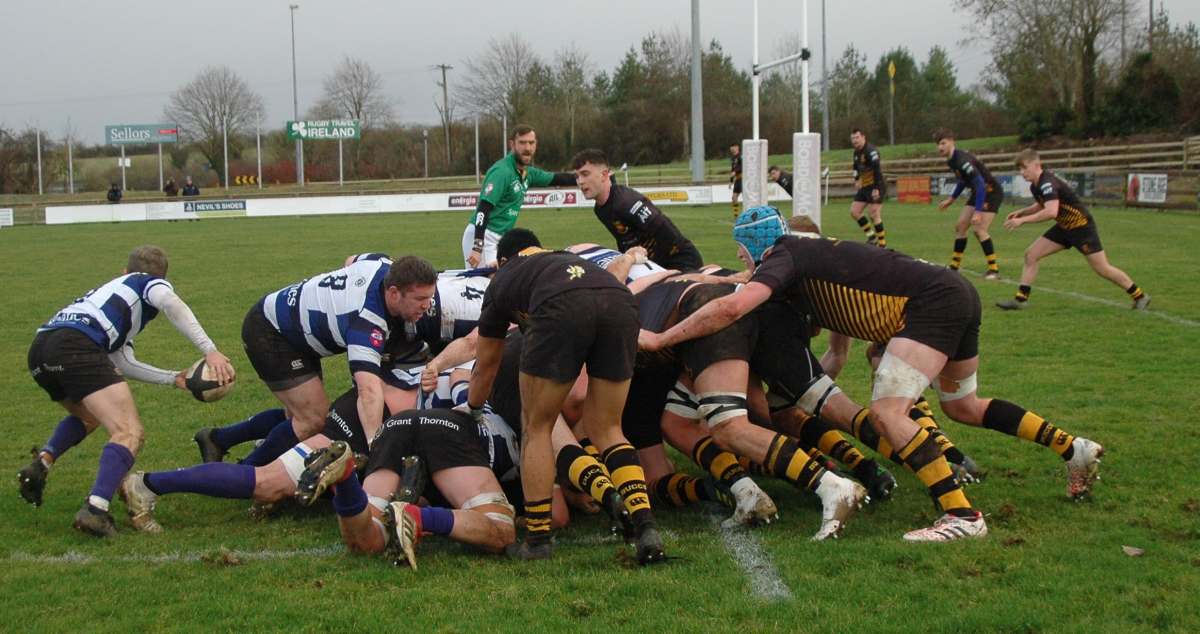 Weather conditions although very cold were a lot better than forecast and the afternoon brightened up as the game progressed though the on-field exchanges were not quite so illuminating. A soft pitch meant underfoot conditions were slippery and draining for the players but the Pirates got off to a promising start with Hanley steering over a 2nd minute penalty from 35 metres.

Old Crescent, with a much beefier pack, began to impose themselves in the tight and they got over the midlanders line after 11 minutes but were held up. However, four minutes later, Frankie Hopkins came in from the side to give away a needless penalty after the Buccs forwards had shunted Old Crescent back some distance. Maccon Casserly accepted this early Christmas gift to level the scores. 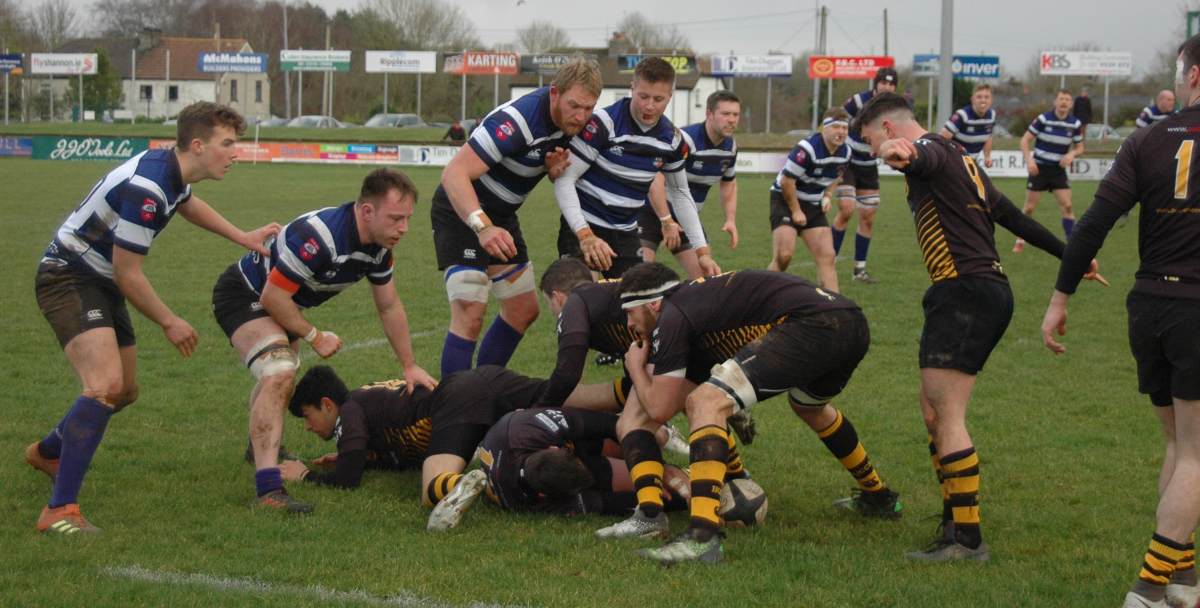 Buccaneers suffered another setback just a minute later when Shane Layden was forced off with a leg injury that could rule the Pirates skipper out for some time. He has been in rejuvenated form in recent matches and his loss was felt. Carty came on at fly-half with Hanley switching to centre. The home side mixed their game better in the second quarter and forced Buccs to concede a number of penalties. On the half-hour mark, one of these was punted to touch on the right close to the visitors 22. Old Crescent worked a training pitch move from the lineout and winger Val McDermott darted along the flank for an unconverted try.

Buccaneers, aided by the elements, responded swiftly and Carty pinged a 34th minute long penalty to touch in the right corner. However, Buccs lineout which creaked during the contest went awry and a real scoring opportunity went abegging. Two minutes later Carty’s penalty from halfway was narrowly wide but Buccs drew level 8-8 in the final move of the half. Saul O’Carroll made a terrific break before Carty’s diagonal kick found O’Connor on the left and the winger got the ball away in the tackle to debutant Murray who stretched over for an unconverted try at the corner flag.

O’Carroll and O’Connor both made promising raids shortly after the change of ends but no final product came from these moves in a game where both teams made errors aplenty. Buccs pack struggled in the set pieces especially at scrums and, on 54 minutes, they were wheeled by the hosts who earned a penalty which Casserly slotted over for what proved to be the only score of the second half. 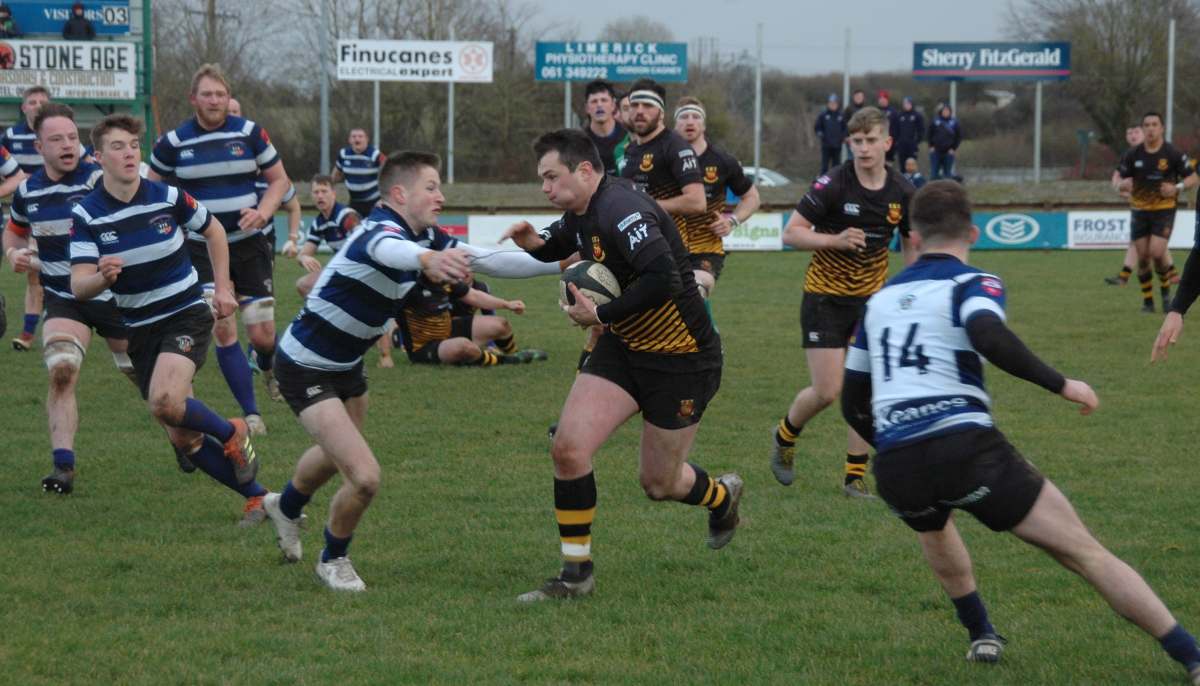 O’Connor led a good counter attack up the left wing just two minutes later and a crossfield kick gave possession to Ross Murphy-Sweeney who linked up with Eoghan O’Reilly. A try in the right corner seemed certain for the Pirates but home skipper Kevin Doyle somehow put in a try-saving tackle on the Buccs fullback. Moments later substitute Harry O’Reilly was sin-binned as the midlanders endured another uncomfortable scrum but O’Carroll found a splendid relieving touch soon afterwards.

Another replacement, this time Old Crescent’s Ed Barry, was yellow carded on 65 minutes as his tackle denied Reilly a quick tap and go following a penalty awarded to Buccs inside their own 22. He was joined by another home substitute Ronan Gallery in the sin bin just five minutes later when he deliberately knocked on as Buccs attacked just inside the Old Crescent half. Carty was again marginally off-target with resultant penalty and despite their sustained efforts Buccaneers were unable to transfer their temporary numerical superiority on to the scoreboard.

Old Crescent showed commendable courage and commitment to hang on for their 11-8 victory that keeps them in the top four. Prop Cathal O’Reilly put in a massive effort and No.8 Doyle was very influential throughout while young wing McDermott is a real threat when in possession.

Buccs did not play up to their recent fluency (indeed neither did Old Crescent who also like to move the ball quickly) and their set-pieces malfunctioned. Under pressure in the scrums, their lineout work was well below par too. Teenager Murray fared well on his debut while O’Meara, despite shipping a hefty shoulder injury, soldiered on admirably. O’Carroll was just one step away from making a telling break on a number of occasions while Buccs best scoring options looked on the flanks. However, they did not move the heftier home pack around the paddock or chip over the cover sufficiently to expose what looked like Old Crescent’s vulnerabilities. Buccaneers really should have travelled home for the mid-season break with more than a losing bonus point in this match and remain in sixth place on the league table. 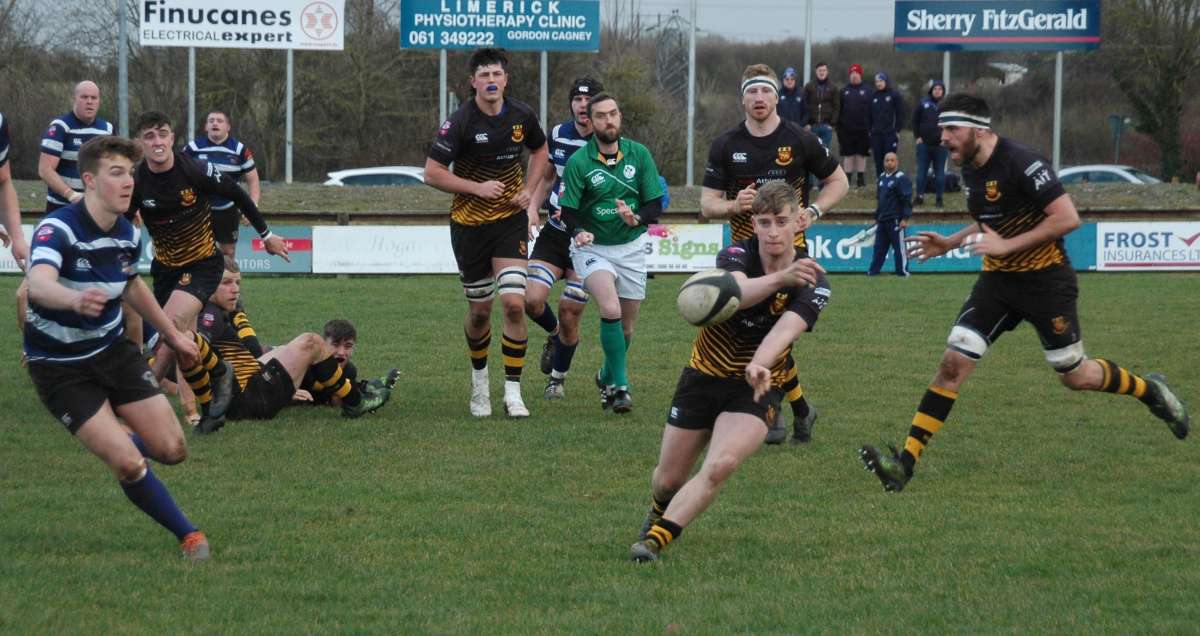 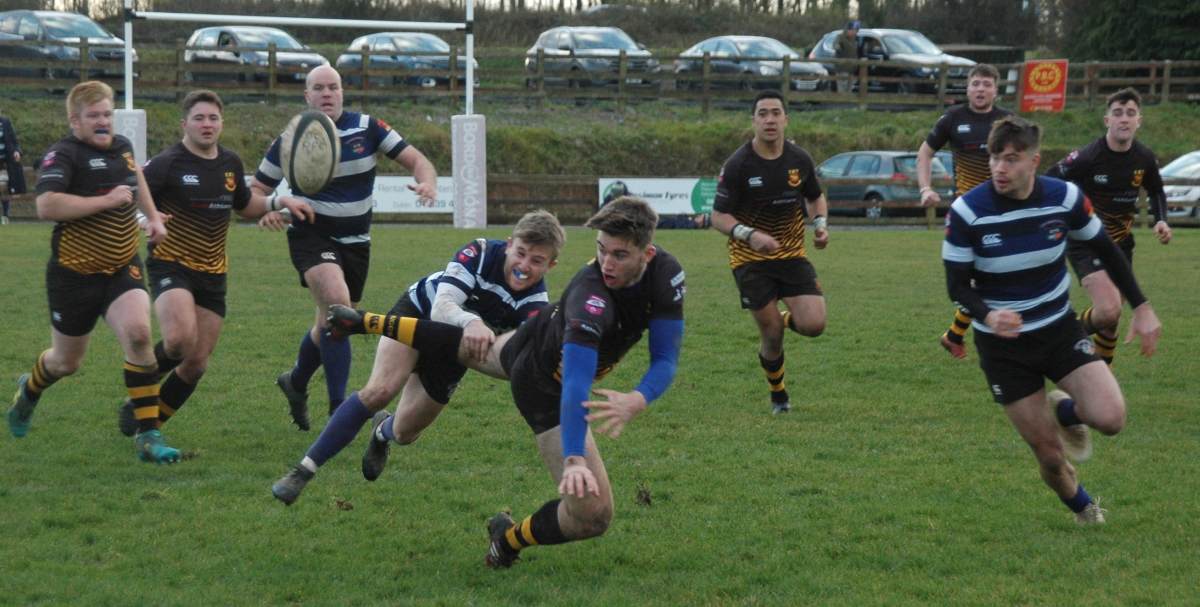