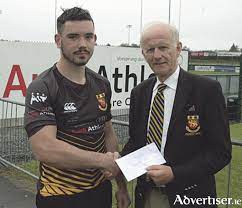 Dynamic young backrower Paul Boyle has been named by Andy Farrell in Ireland’s 37-man squad ahead of the forthcoming Vodafone Summer Series which features two Tests in July against USA and Japan at the Aviva Stadium. The 24 year old former Ireland U-20 captain joins fellow Buccaneers David Heffernan and Finlay Bealham among the forwards seeking starting berths as head coach Farrell experiments in these upcoming fixtures.