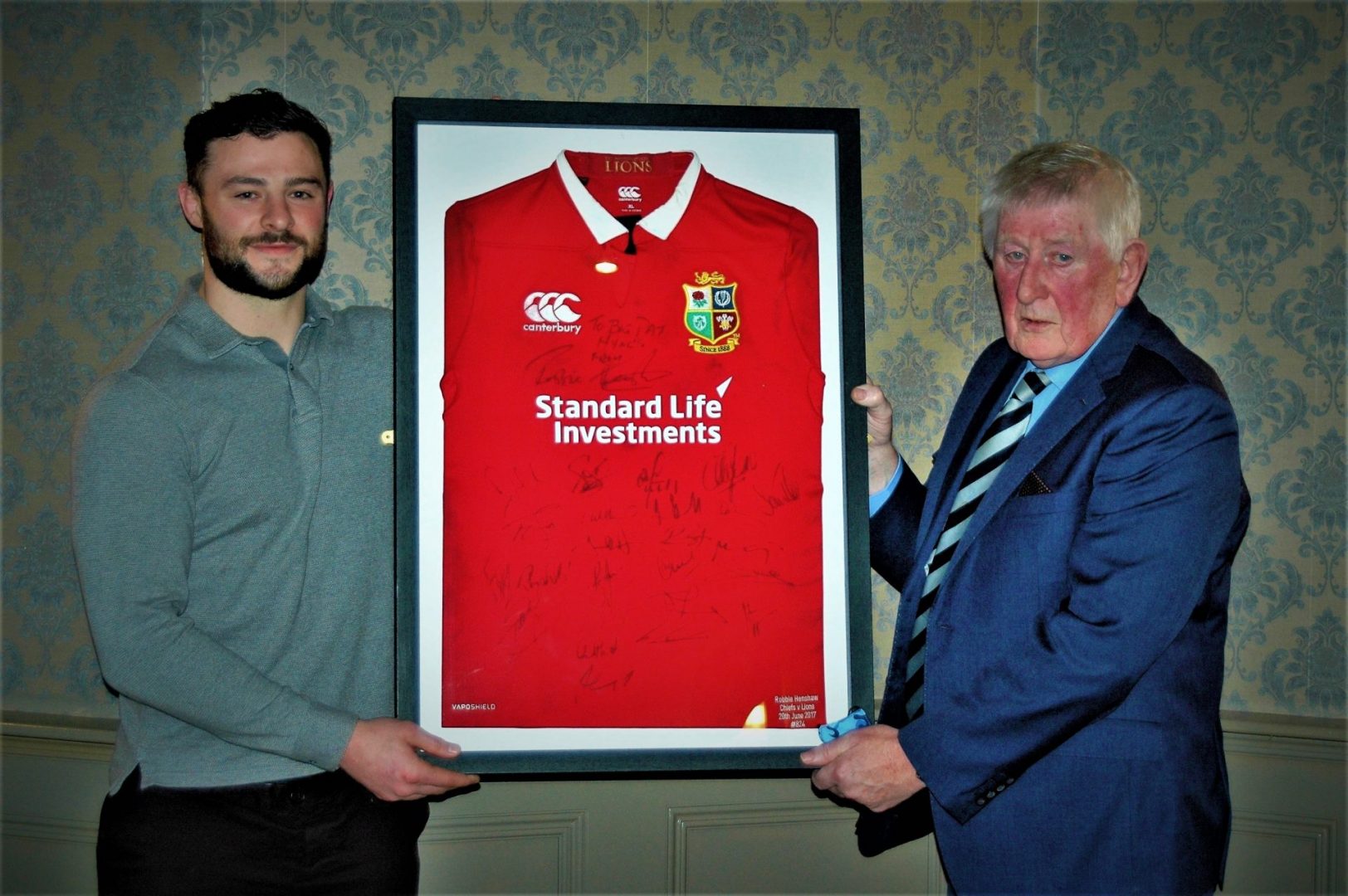 ROBBIE HENSHAW recently made a quiet visit to his hometown club where he presented a British & Irish Lions jersey signed by fellow Lions from their tour to New Zealand. Proud recipient of the famous red jersey on behalf of Buccaneers Rugby Football Club was Pat Hynes. Two legends of the club coming together, with Big Pat a massive and proud fan of the Ireland and Leinster star.

Henshaw, the form centre in the Northern Hemisphere this past season, made his first appearance on South African soil in last Saturday’s 49-3 walloping of the Stormers. The Athlonian put in a commendable effort for almost an hour on his return to action following a hamstring injury. He will surely start in the first test against South Africa on Saturday next which kicks off at 5 p.m. in Cape Town. With the three tests against the world champions all now likely to be played there, the tourists should benefit from the lower altitude.

I’m guessing that Henshaw will be joined on the Lions starting XV by fellow Ireland players Conor Murray and the two Tadhgs, Furlong and Beirne. Jack Conan and Bundee Aki could also be included. Meanwhile squad captain Alun Wyn Jones has made a remarkable recovery from a dislocated shoulder just a few weeks ago. The inspiring Wales skipper may be held in reserve on the bench where he could be joined by wildcard Marcus Smith, the youngster impressing beyond his years in recent weeks.

You can watch all three tests over the next three Saturdays on the various big screens in the impressive pagoda at The Bounty where the atmosphere will surely be electric especially when Robbie is playing. The Lions will have a media/camera crew at Dubarry Park on Saturday which will surely add to the occasion. Best to book your table early!

Here’s wishing Robbie and his fellow Lions a successful and safe series.