ROBBIE HENSHAW won his 50th Ireland Senior cap in their 48-10 Guinness Six Nations championship win away to Italy. It is a milestone achievement for the 27-year-old Athlonian who continued his Leinster partnership in the centre with Garry Ringrose. In-form Henshaw made a significant ‘go forward’ contribution, particularly in the first half, during his 70 minutes stint. Head Coach Andy Farrell described Robbie’s performance as “outstanding, top class, top drawer,” as he “grabbed the occasion and embraced the pressure” on his 50th appearance. 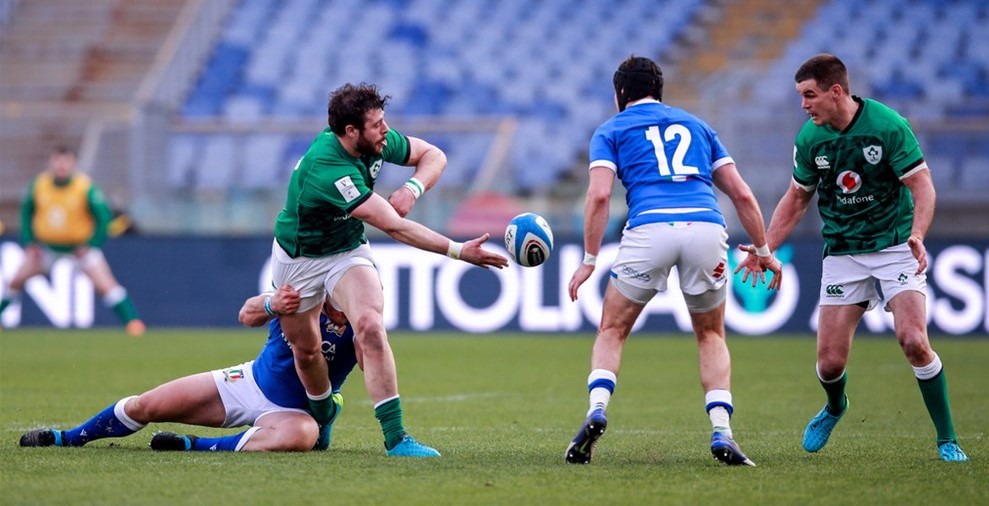 It was a massively proud day for the Coosan native – and also for Buccaneers Rugby Football Club – to see Robbie lead out the team in green at Rome’s Stadio Olimpico. Ireland recorded a bonus point victory on Henshaw’s landmark appearance.

Congratulations Robbie and here’s to many more caps!