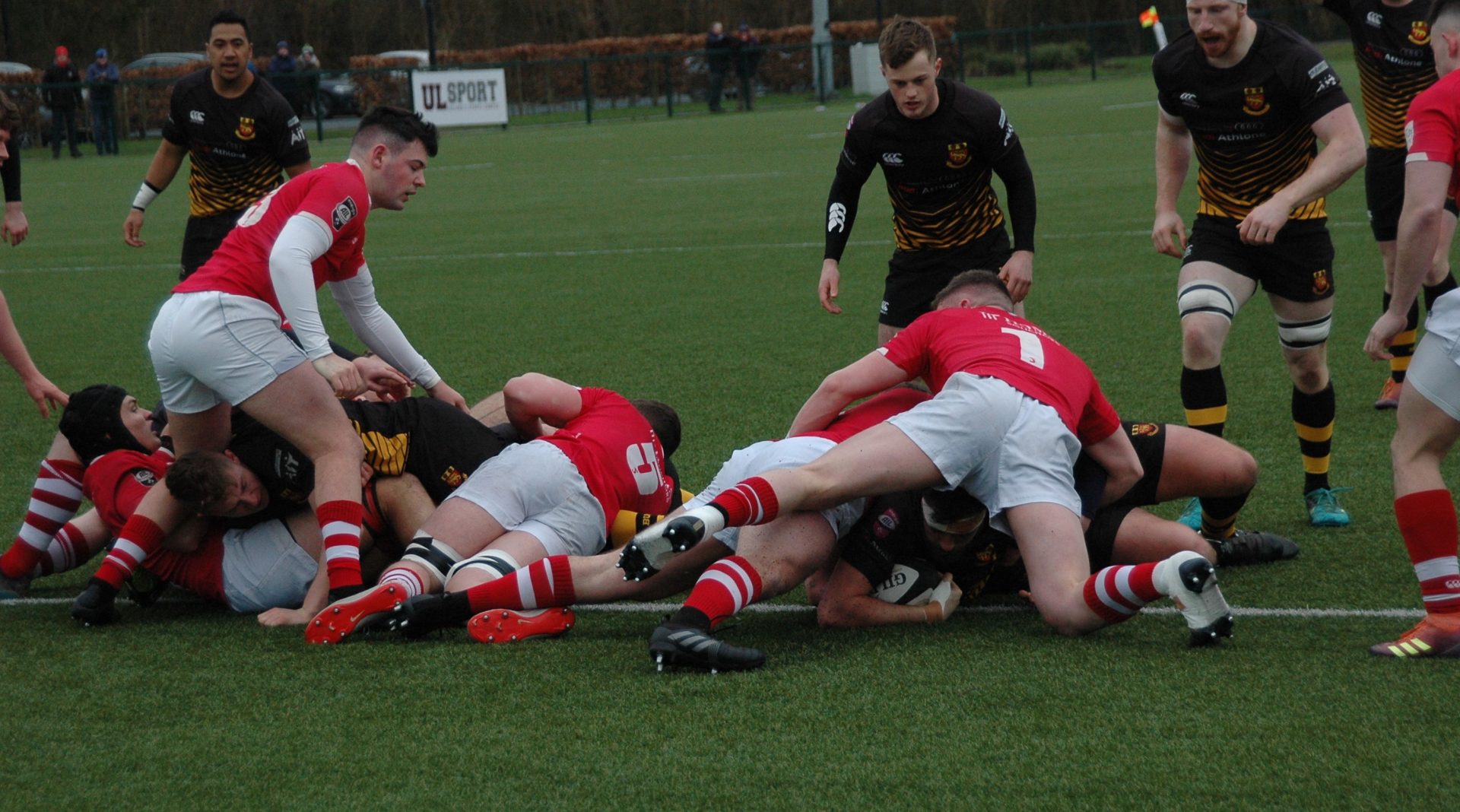 Putting in their best performance of the season, Buccaneers recorded a 31-17 bonus point victory away to UL Bohemian in their Energia All-Ireland League Division 1A game played at University of Limerick’s North Campus on Saturday. Buccs forced the pace from the kick-off on the 4G surface and were full value for their win which moved them up two notches on the league table to sixth.
Buccs made three personnel changes from their previous outing at Cashel. Shane Jennings debuted in the centre with Darragh Corbett reverting to the left wing, teenager Harry O’Reilly started at loosehead prop and Sean Masterson returned at No.8 with Evan Galvin switching to the second row.

Although the Pirates had no game last weekend, their fixture against Dolphin fallng victim to the weather, they made the brighter start assisted somewhat by a bitter cold, mainly diagonal breeze. A fifth minute penalty gave them promising territory on the left where, after a number of sallies on the home line, Ruairi Byrne powered through the cover for a try which Luke Carty converted.

Corbett almost added another try shortly afterwards but was shepherded into touch by a stretched home defence. The midlanders suffered an early setback when injury forced key front-rower Martin Staunton off after just 11 minutes with Rory Grenham coming on as replacement. Six minutes later a missed tackle by Ross Murphy-Sweeney enabled Joseph Conway romp in from outside the 22 for an unconverted try.

A promising 20th minute move broke down when an overhit pass went straight into touch but Buccs second try was not long arriving. Some excellent and sustained interplay was rewarded when, after Declan Adamson had been held up short, substitute Grenham burrowed over for a 26th minute try and Carty again added the extras. 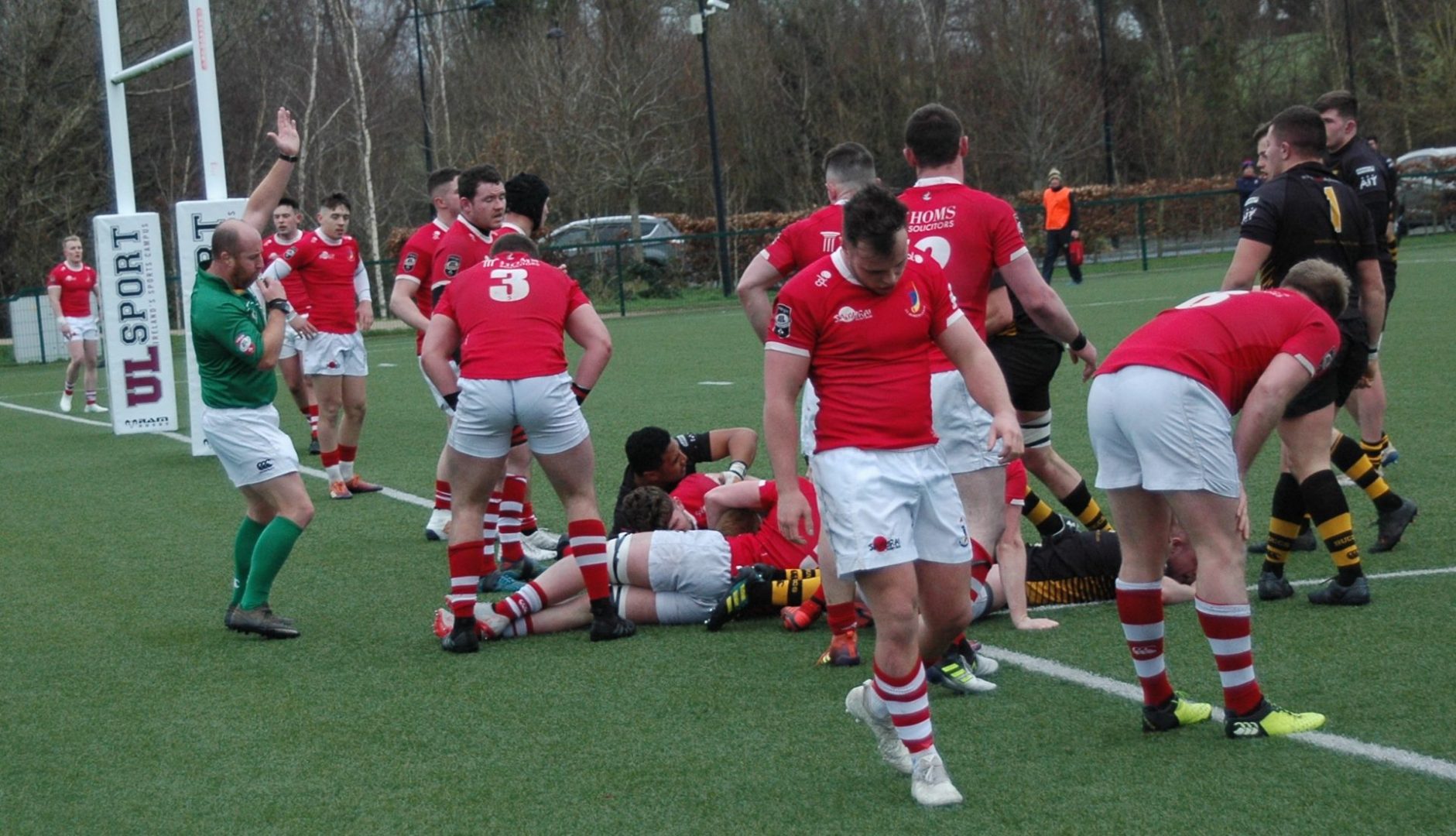 But Buccs dropped their guard from the restart and hooker David O’Connor took advantage to touchdown near the uprights. Harry Byrne, who was off-target with his earlier conversion attempt, was then too casual on this occasion and Corbett raced out to block down his kick. This left Buccaneers 14-10 to the good at which stage the Athlone side replaced Murphy-Sweeney with Frank Hopkins.

The latter made a prompt impact when, following some flowing passing, Hopkins straightened his line to find a gap in the UL Bohs rearguard. He sucked in the cover before off-loading to Corbett who ran in for a 32nd minute try wide on the left and Carty slotted over a splendid conversion. Just before the interval Corbett led a swift counter-attack up the left from his own half but his chip ahead was carried infield by the influential breeze, much to the relief of the Red Robins who trailed 21-10 at half-time.

Three minutes after the change of ends Carty did not allow enough for the tricky breeze at the exposed venue as his penalty kick went wide. On 51 minutes Hopkins made a smashing break up the right wing and fed Eoghan O’Reilly who linked with Carty. The outhalf looked up and saw Corbett racing up the opposite flank to where Carty kicked a pinpoint crossfield kick and the Pirates winger surged through for his second try. Carty maintained his impressive kicking when converting this bonus point touchdown for a 28-10 lead. 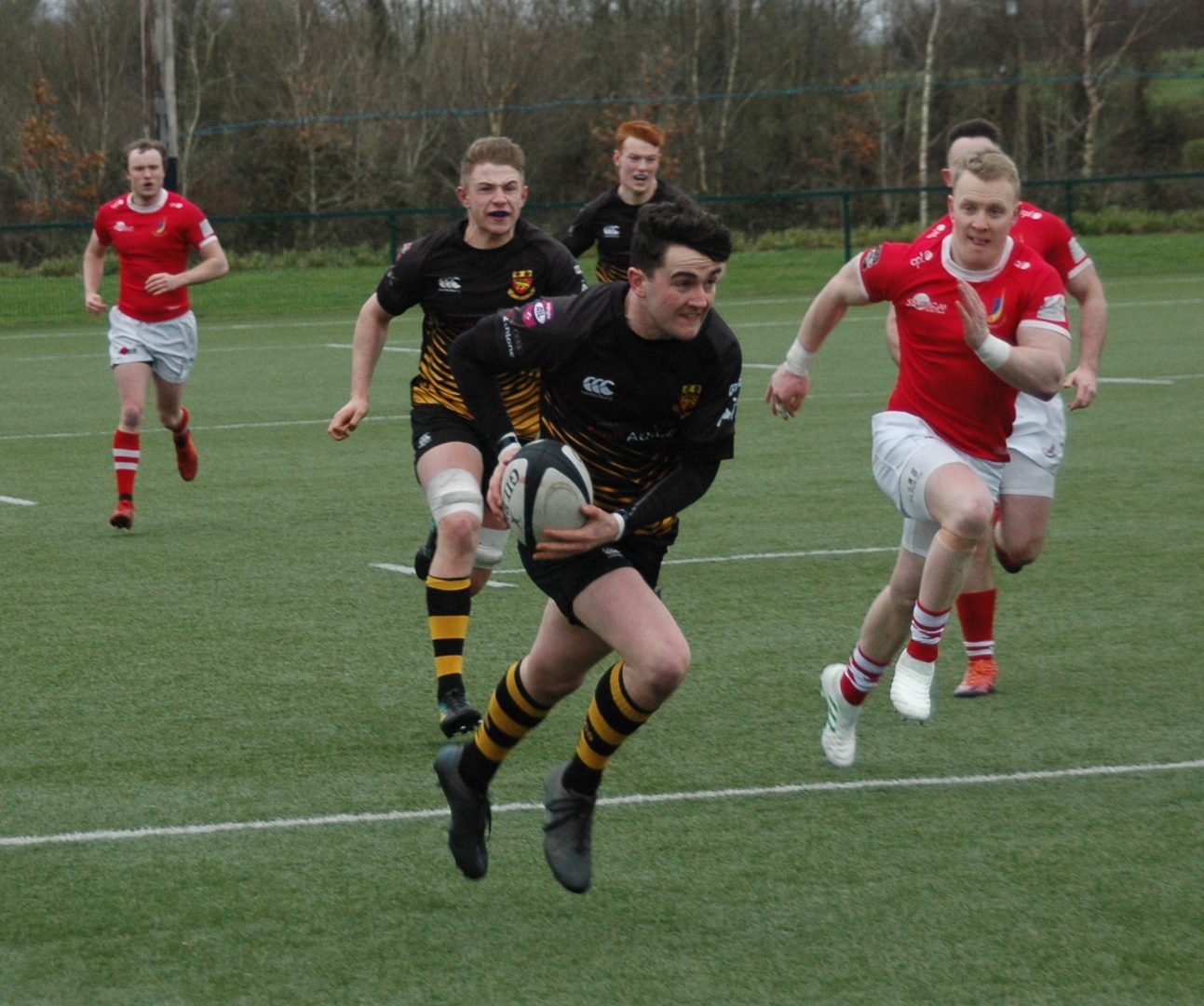