ROBBIE HENSHAW put in another storming performance as Leinster dismantled Munster yet again to win their fourth successive PRO14 final at the RDS on Saturday. Leinster’s 16-6 winning margin did not reflect their utter dominance as they were held up over the line a couple of times and they also butchered a number of clearcut try opportunities. 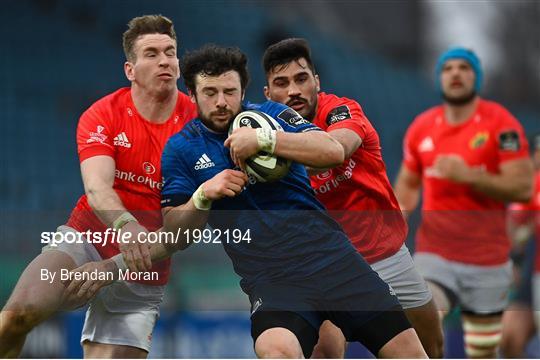 Once again the Athlonian was in magnificent form, constantly making ground with ball in hand, tackling demonically from start to finish, and eclipsing World Cup winner Damien de Allende in the process. Congrats Robbie on your latest success and hope you keep your momentum going in the Champions Cup game at home to Toulon on Friday evening.

Meanwhile, Henshaw is one of four Ireland players named in the Six Nations team of the year. Tadhg Beirne, Tadhg Furlong and Jonathan Sexton complete the quartet. Robbie is also one of six contenders for the Guinness Six Nations Player of the Championship.

We ask you to log on to https://www.sixnationsrugby.com/guinness-six-nations-player-of-the-championship-2021-vote-now/ to support Robbie. Voting closes on this Wednesday.