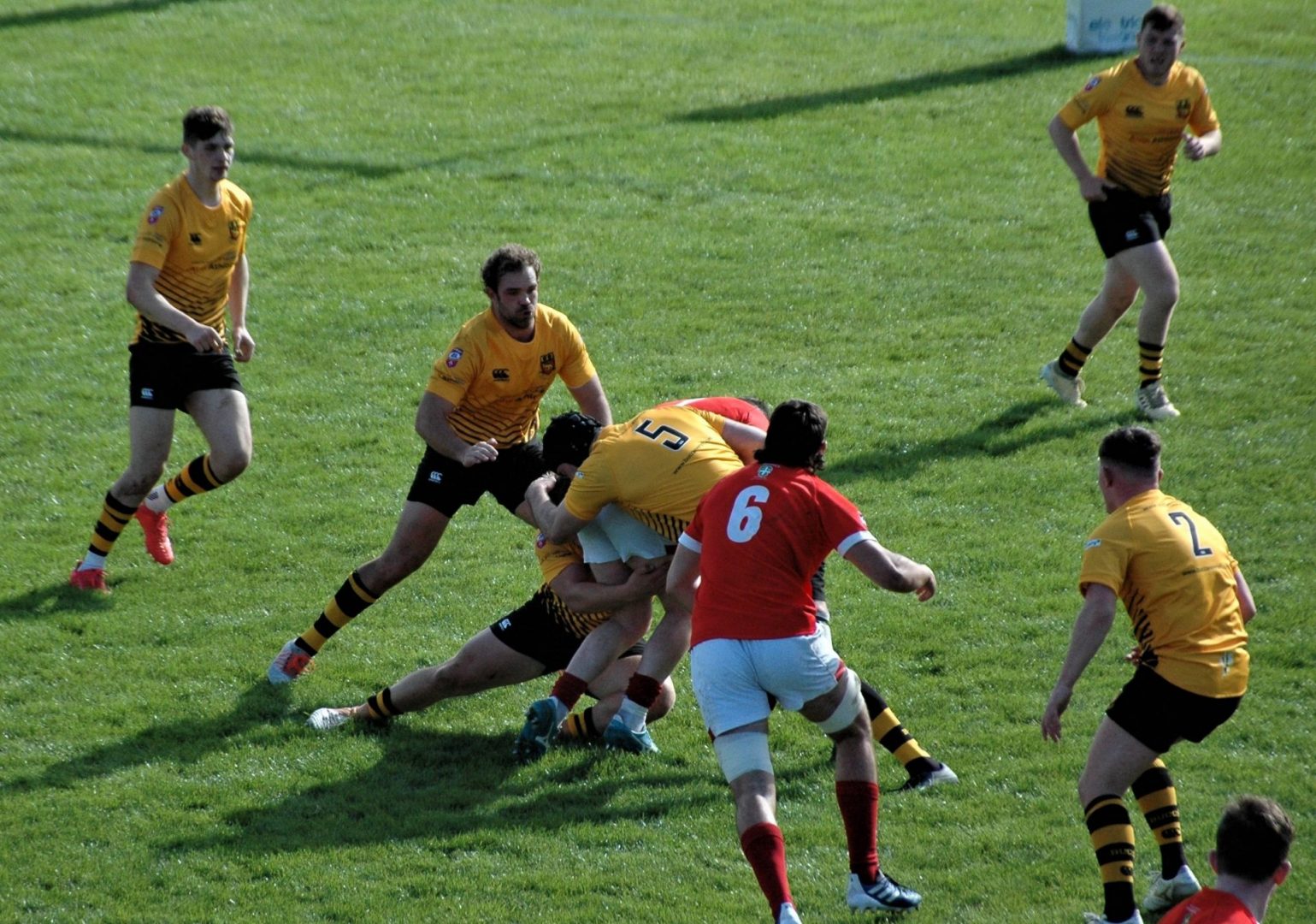 RAINEY OLD BOYS make a first ever visit to Dubarry Park on Saturday when they face Buccaneers in the Energia All-Ireland League. Kick off for this Division 2A game, sponsored by the Hodson Bay Group, is 2.30 p.m.

The Magherafelt club, for whom Brian Smith is Director of Rugby, are struggling somewhat at the moment but will be boosted a recent win over Nenagh Ormonde which has edged them off the bottom of the league table above the Tipperary club. But in the only previous meeting between Buccs and the Co. Derry club, Rainey were 34-10 winners at Hatrick Park two years ago. Buccs squad has changed significantly in the interim with Evan Galvin, Martin Staunton, Shane Layden and Michael Hanley being the likely surviving starters from that defeat.

BUCCANEERS square up to Tuam on Sunday when the teams go head to head in the Connacht Junior 1A League. Buccs recently prevailed over the Co. Galway outfit in a sometimes unsavoury Cawley Cup Plate semi-final at Tuam. Hopefully there will be no repercussions from that encounter. The midlanders must not get dragged into a dogfight but concentrate on their more expansive style of play that should be capable of undoing the stubborn visitors. Buccs will also be striving for victory that can keep them on top of this league. This duel could attract a decent attendance to Dubarry Park where the action kicks off at 2.30 p.m.

U-20’s AWAY TO TULLAMORE

BUCCANEERS U-20’s have the closest thing to a local derby when they make the short trip to Spollanstown on Sunday when they face Tullamore in the J.P.Fanagan Leinster Premier League. This Division 3 game has a 2.30 p.m. start. Buccs lie in second place behind Naas but have a game in hand. Meanwhile, Tullamore are in fifth position with two wins from their three fixtures. However, both their victories were due to concessions by Boyne and Coolmine so their form is hard to judge. Buccs were poor in the first half against Naas but were more like their potential after the change of ends. They will need to be on their game from the kick-off, otherwise Tullamore can upset their ambitions.